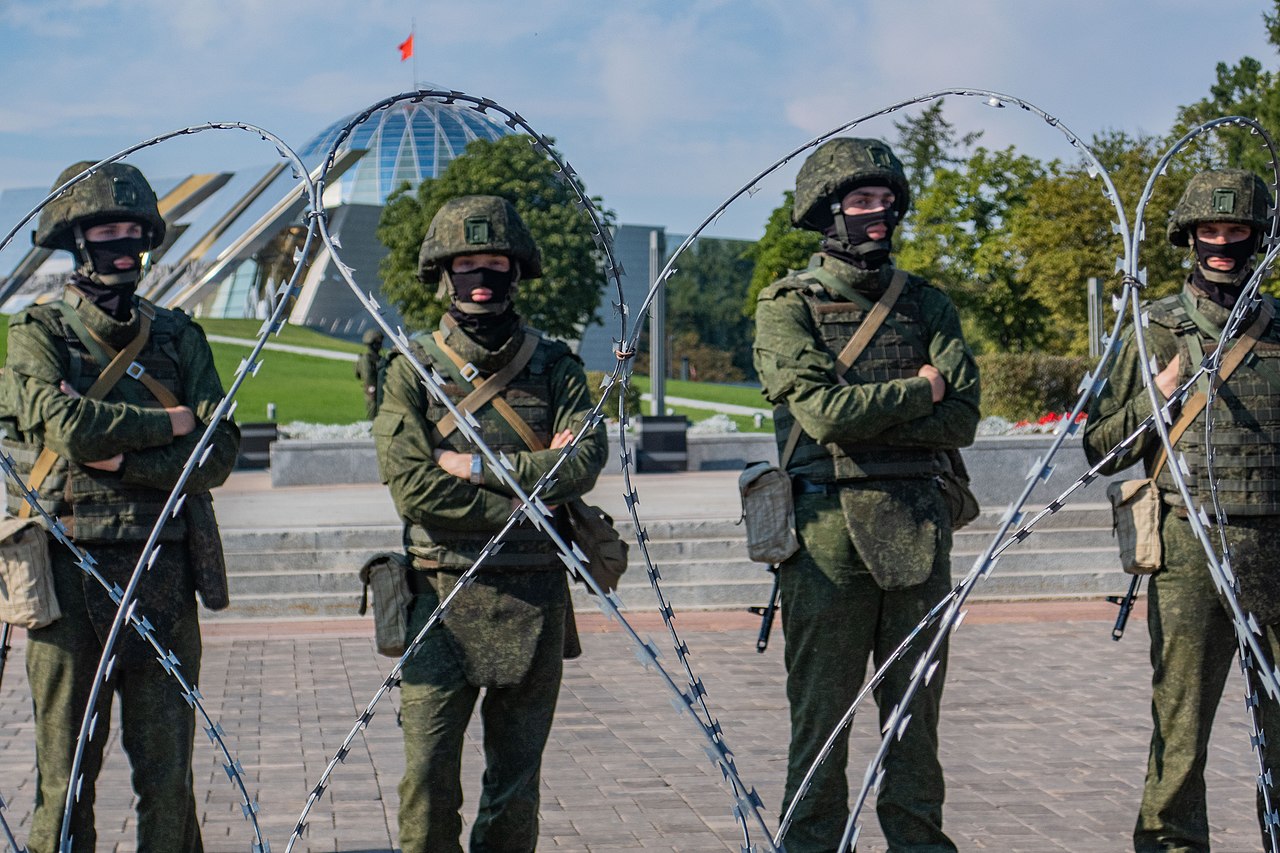 2020 was a challenging year for national security and defence. For the first time in many years, the ratio of gains to losses was persistently negative. The participation of all law enforcement agencies in the suppression of protests, the deteriorating financial situation in military industry, the involvement of law enforcement agency heads in anti-Western propaganda, and Lukashenka’s appeal to Putin for military support have compromised Belarus’ reputation as an independent voice on international security issues.

The financial situation in the military-industrial complex has become more complicated. Although Goskomvoenprom [the State Military Industry Committee] does not disclose specific performance indicators, indirect evidence points to a deterioration in financial performance. It appears that every fifth rouble of the military industry wage bill is financed by bank loans (from March to October this share increased 6.6% to 21.1%). The excessive concentration of defence products remains an issue: the three largest companies provide over 70% of industrial output within Goskomvoenprom (25 enterprises, 22 manufacturers). The EU sanctions against several leading Belarusian military industry enterprises will also harm their performance.

Practically all law enforcement agencies, including the army, border guards and the Ministry of Emergency Situations, were involved in the regime’s punitive campaign against widespread protests. Amid reduced popular support for public institutions, the involvement of previously apolitical security institutions in assisting the Lukashenka regime has damaged their reputation with the people.

High-ranking military officials directly participated in the crackdown on the protest movement and engaged in the propaganda campaign against the protests. This narrative included accusations against the West of planning military aggression against Belarus and allegations of subversive activities against Minsk directed at Ukraine. These repressions and the aggressive rhetoric of officialdom have voided all of the recent years’ modest successes towards building a regional security dialogue. The fact that the Western threat is just a propaganda tool is evidenced by the absence of any significant national defence funding increase.

Lukashenka’s appeal to the Kremlin requesting assistance in suppressing popular protests and the scale of Russian participation in the “Slavic Brotherhood” exercises have cancelled out any perception of Minsk as an independent player in the international security arena. However, despite this, there are no direct signs of deepening cooperation between Minsk and Moscow.