A major clampdown on polling leaders in Belarus 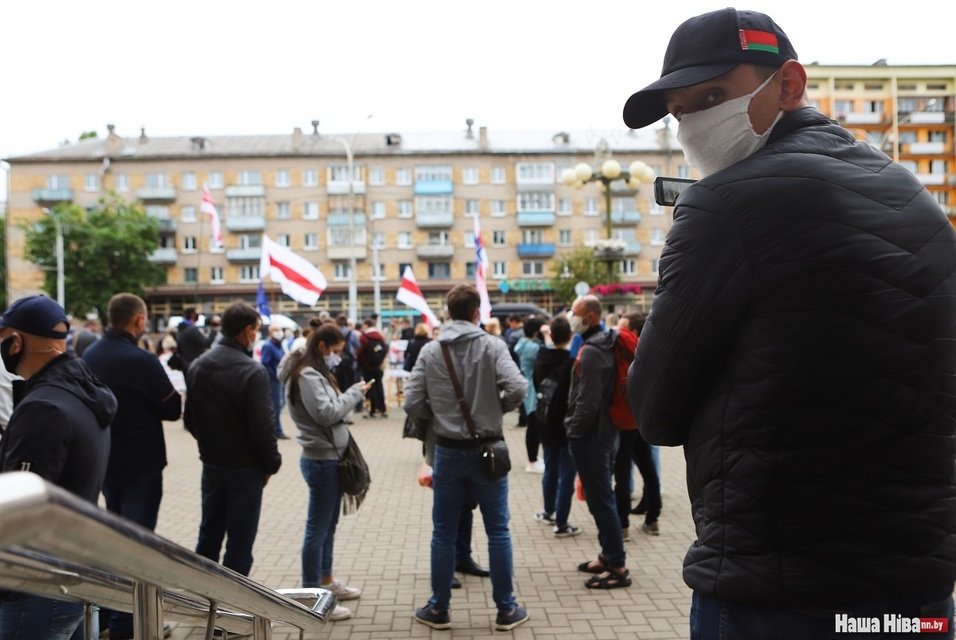 Authorities continued to persecute members of the Tsikhanouskaya’s initiative group. Some activists collecting signatures for her nomination and voters who attempted to sign up for her were detained, several members of social media groups “A Country for Life” were exposed to administrative pressure and received threats. Eight members of the initiative group, including its leader Tsikhanouski, were charged with violating public order (Article 342 of the Criminal Code). As a result, on June 11th, Tsikhanouskaya announced the suspension of all her pickets in regions and Minsk for three days. Coordinator of the campaign “Human Rights Defenders for Free Elections” Labkovich said that Tsikhanouskaya’s decision was a logical result of persecution by the authorities. On June 13th, Tsikhanouski was placed in a punishment cell.

On June 11th, law enforcers searched Belgazprombank HQs, directed by Babaryka, a potential presidential candidate, for over 20 years, and affiliated companies. Law enforcers have launched criminal proceedings (tax evasion and legalization of criminal proceedings) and detained Babaryka’s friends and colleagues. Besides, on June 12th, in Mahileu, the coordinator and a member of Babaryka’s initiative group in the Mahileu region were detained.

Detentions, searches, and arrests last week were held in a concert with regular insults and accusations by Lukashenka targeting both, polling leaders and their voters. Human rights activists have issued a statement noting that “such an environment makes the organization of free and fair elections impossible”’.

In addition to actions against initiative groups of Tsikhanovuskaya and Babaryka, accounts of the MolaMola crowdfunding platform were blocked, drivers horning in support for pickets collecting signatures were fined, inspections at enterprises supporting alternative candidates were held and so on.

Despite large-scale repressions, the collection of signatures is ongoing. To date, Babaryka’s group has reported over 300k signatures, Tsepkala, Kisel, and Kanapatksaya – 100k signatures and Tsikhanouskaya Dzmitryeu and Cherechen approaching 100k. Human rights activists have pointed out that even if candidates collect over 100k signatures, due to the small number of coordinators, Tsikhanouskaya and Kanapatskaya would have difficulty fulfilling the CEC submission requirements. Remaining applicants, Hubarevich, Kavalkova, Kazlou, Nepomnyashchykh, Tabolich, and Hantsevich previously stated that they would not submit their signatures.

Both, those who do not aim to submit their signatures (primarily center-rightists) and those who aspire to become candidates, are campaigning for voters’ participation in election commissions and observation.