Law enforcers clamp down on opponents; state media focus on the incumbent president, whilst his opponents are more popular in new media 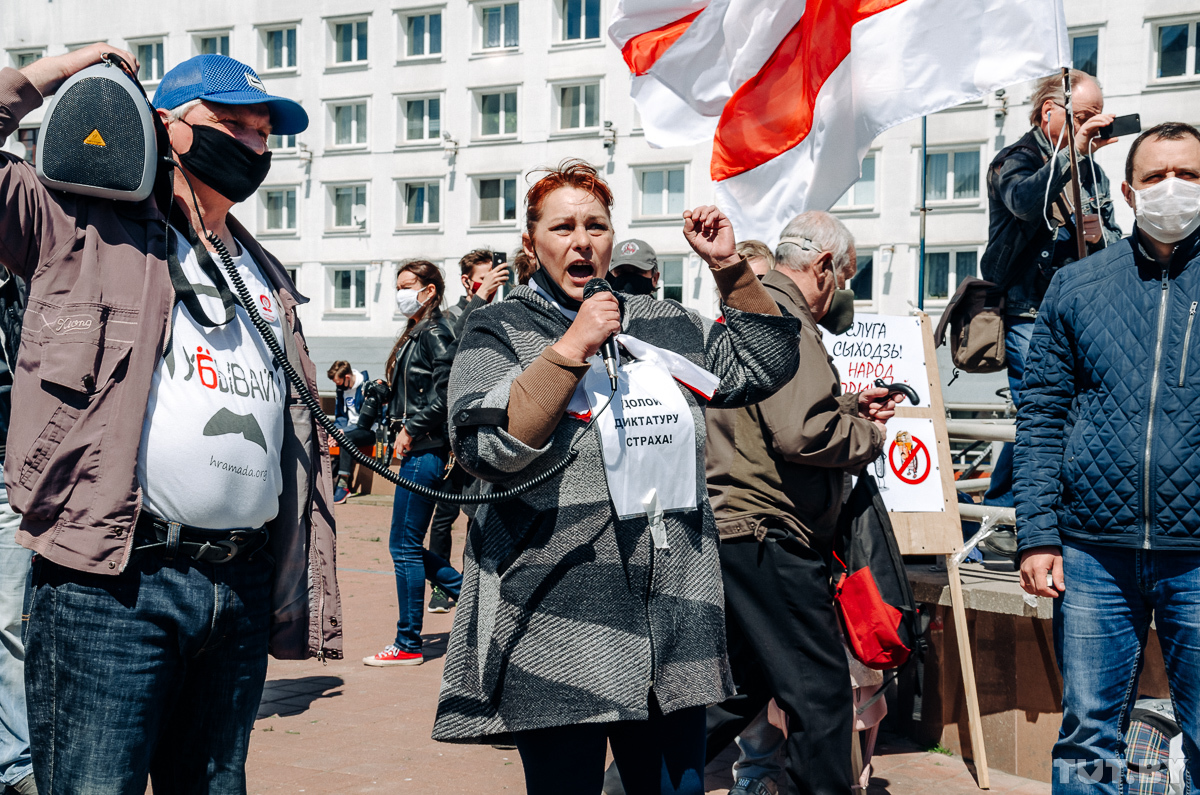 The Belarusian authorities have launched a criminal investigation, arrested, and handed out heavy fines to members of the Sviatlana Tsikhanouskaya initiative group to slow down unraveling public protests. Unlike non-state media, reporting among other things about long queues at the pickets of alternative candidates and their popularity in social media, state media focus entirely on people praising the incumbent president.

The persecution of the Tsikhanouski’s team

Law enforcers have become active participants in the ongoing presidential campaign breaking the waves of public protests opposing President Lukashenka and his policies (all within the electoral legislation). They have launched a criminal investigation against Siarhei Tsikhanouski after discovering USD 900,000 during the third search at his dacha. As the next step, they are likely to allege the link between Tsikhanouski, a public protest leader, and foreign funding (presumably from Russia). Law enforcers also continued to detain, arrest, search, and fine members of the Sviatlana Tsikhanouskaya initiative group and participants in pickets across the country, including the arrest of protest candidate Uladzimir Niapomnyashchykh.

The incumbent president last week raged against his opponents, recalled the bloody events in Ukraine and Uzbekistan, and threatened with the country’s collapse to neutralize public protests.

All in all, authorities attempt to curtail any popular mobilization, either by advocates of Belarus’ independence, or by new protest groups, yet pickets in support for Tsikhanouski continue to gather crowds.

The politicization of society; popularity of Babaryka and Tsepkala

Lukashenka’s rage against his opponents has further politicized society and raised the profile of the ongoing presidential campaign. He has taken a jab at two most popular opponents, Babaryka and Tsepkala. The fear of losing support among public sector employees has prompted the president to change the Rumas-led government, so his views are closer to those promoting market reforms, than those supporting the public sector.

Last week, non-state media regularly reported violations, abuses, and the use of the administrative resource by Lukashenka’s initiative group.

The Central Electoral Commission is likely to cancel the registration of Sviatlana Tsikhanouskaya’s initiative group.

Bloggers and new media vs state propagandists and state media

Opponents to the incumbent president appear to be dominating in social media and are highly visible in the streets, gathering crowds at signature collecting pickets.

Despite last week’s arrests, bloggers continue to join the campaign in response to the growing politicization of society, raising interest in the elections and demand for a political agenda. Meanwhile, authorities have banned online polls in independent media threatening with heavy fines. Bloggers, however, continued holding street polls, unmasking disappointment with the incumbent president, and low popular support for him.

State propagandists are attempting to boost Lukashenka’s campaign in state media and social media. For instance, last week, the head of Lukashenka’s initiative group voiced an impressive number of signatures for Lukashenka’s nomination – over a million. To relax tension in society, the first crowded picket in support of the president was held in Minsk. Interestingly, there were no pickets in his support in other cities – presumably, authorities anticipated their unpopularity and had limited administrative resources.