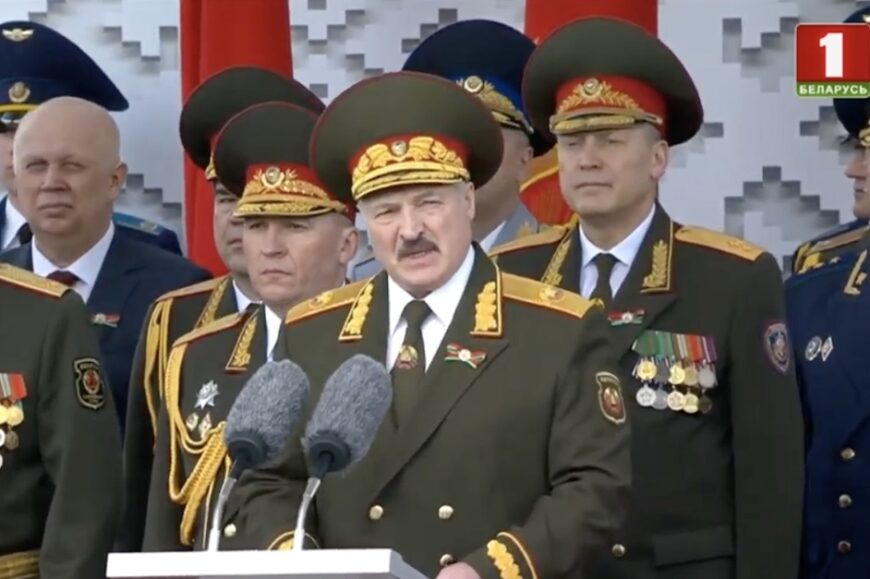 The Presidential elections will be held on August 9th, 2020, enabling the authorities to rely on low voter turnout due to both, COVID-19 restrictions, and the vacation season. Law enforcers have stepped up targeted repressions against public protest activists, bloggers, and independent journalists, and tightened control over information flow.

The presidential campaign will be held in the spring-summer 2020 amid COVID-19 restrictions. When choosing the election date, August 9th, the authorities, most likely, accounted for risks associated with a possible economic collapse due to the pandemic and insufficient resources to support people’s wellbeing.

Faced with economic downfall, tension with the Kremlin and unpopular COVID-19 policies, the president aspires to focus his campaign on public servants and businesses meting out pro-Soviet ideological principles.

De facto, the presidential campaign kicked off during the Victory Day celebrations, when Lukashenka outlined his presidential agenda. The Belarusian leadership appears to be turning a blind eye to possible epidemiological consequences, reputational and financial losses due to the military parade held on May 9th. Meanwhile, such an attitude has widened the gap and elevated tension in Belarusian society, besides, the international community and the Kremlin, mounted pressure on Belarus.

Presumably, the Belarusian leadership aspires to keep the presidential campaign low profile and counts on state media and power mechanisms to ensure low politicization of the population. Last week, law enforcers detained participants in public meetings and rallies held across the country in support of arrested blogger Tikhanouski. They also detained some regional independent journalists and bloggers who promote socio-political issues and have the potential to mobilize new protest groups. A journalist from the Russian First TV Channel was expelled from the country for his report about the COVID situation in Belarus.

The authorities are likely to screen out candidates who harshly criticize the president during all stages of the campaign, that is, non-registering their initiative groups or candidates themselves.

Law enforcers are likely to further persecute and isolate potential street protest leaders and bloggers, many of whom have outstanding penalties for previous unauthorized actions, primarily against deeper integration with Russia.