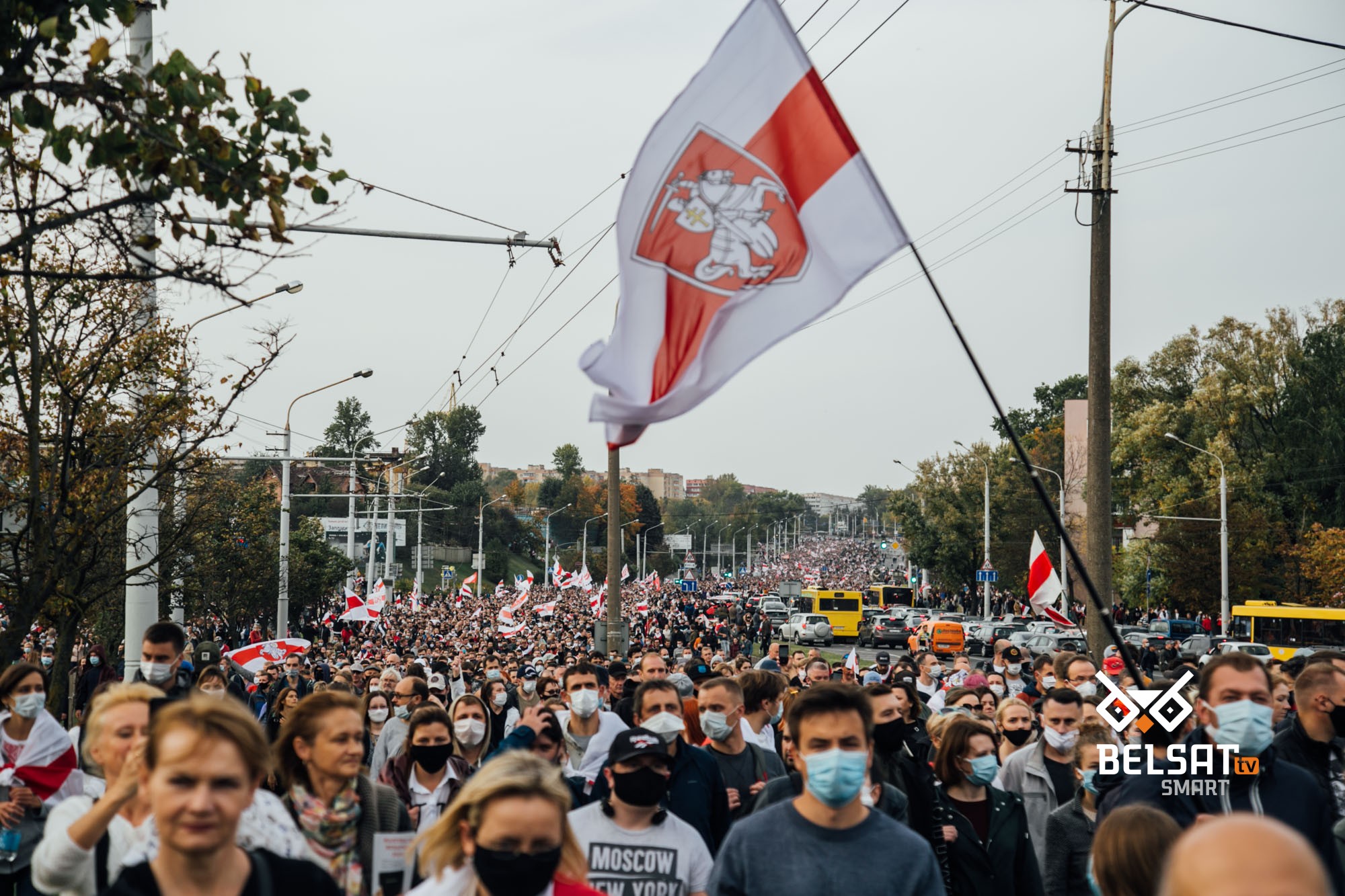 Saturday Women’s marches have altered their format, adapting to the harsh crackdown by security forces. The Sunday march gathered a huge crowd, flooding the streets of Minsk’s residential areas. Amid the undermined confidence in justice, the rule of law and widespread persecution for political reasons, opponents of the current authorities may radicalize their agenda.

In response to violence and a harsh crackdown by security forces, last Saturday, women attempted new protest tactics. Instead of marching along a route in a huge crowd, they gathered in small groups and strolled along the main avenue carrying flowers and giving them away to random passers-by.

On October 2nd, the Foreign Ministry annulled accreditation of all foreign media journalists in Belarus concerning a new procedure becoming available as of October 5th. On Sunday, during the usual rally, entitled “The March for the Release of Political Prisoners”, which gathered more than 100k people in Minsk alone, mobile internet in Minsk was almost entirely cut off. Similar rallies were held in other Belarusian cities and regions. In Minsk, security forces attempted a crackdown on the rally participants using water cannons. Over a hundred people were detained.

Interior Ministry officials last week reported that they have identified chat participants who called for the police resistance, however, this activity may become decentralized, lacking specific leaders and coordinators. There were several cases of violence against security officers: for example, a car and a house under construction belonging to a police inspector in Valkavysk were set on fire.

Last week, media reported a suspicious case in the Minsk isolation ward on Akrescina street, which led to the death of a detainee in a hospital.

Poland has reported a significant increase in the number of asylum seekers from Belarus in recent months – 152 people, a record high number in recent years.

Overall, amid compromised judiciary and widespread persecutions for political reasons, unjustified harsh violence by security forces is likely to lead to enhanced violence during protests.