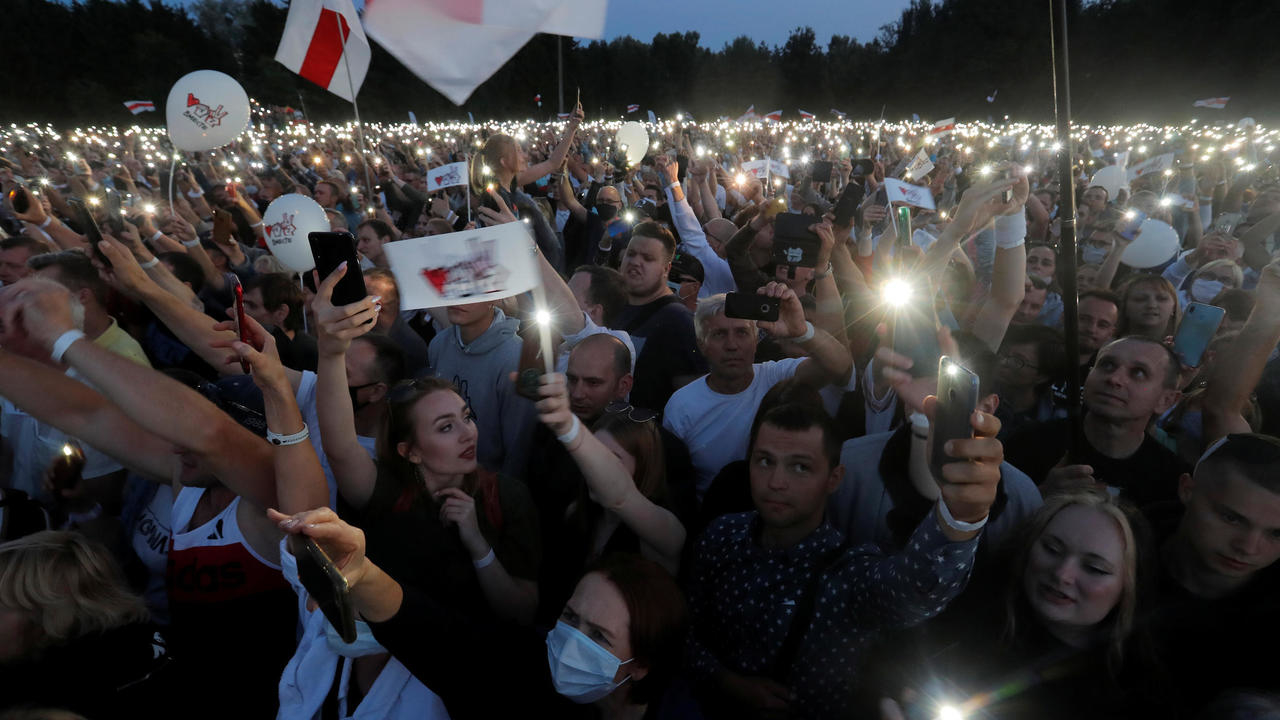 The 2020 presidential elections have already become a major milestone in relations between Belarus and the West. The harsh clampdown on Lukashenka’s rivals by the authorities has already put Belarus in the media focus internationally. Public opinion in the West will play a significant role in shaping further EU and US policies towards Belarus.

The Foreign Ministers of France, Germany and Poland issued a joint statement last week, expressing great concerns about the events in Belarus and urged the Belarusian authorities to refrain from violence. “A lot has already been achieved thanks to our joint efforts. We express concern that our common achievements not be thwarted”.

On the same day, EU High Representative for Foreign and Security Policy Josep Borrell, issued a statement, calling on the Belarusian authorities “to guarantee the exercise of full political rights of the candidates, to avoid using force against peaceful protesters, to refrain from further detentions of elections observers, peaceful protesters, candidates and members of their teams and immediately release all activists, human rights defenders, bloggers and journalists detained on political grounds”. He emphasised that “We support the independence and sovereignty of Belarus, while human rights and democracy will remain at the forefront of the EU’s considerations when shaping its policy towards the country”.

An additional negative impact on relations with the United States may be the detention and indictment of political strategist Vitaly Shklyarov, who, being a Belarusian citizen, also, according some media reports has an American diplomatic passport through his spouse working for the US State Department. This issue was probably discussed at the second meeting between the American Chargé d’Affaires Jeffrey Jook and his counterparts from the Belarusian Foreign Ministry in the last two weeks. The arrest of Shklyarov has already raised discussions in the U.S. media and is more than likely to have impact on the bilateral agenda and relations.

Considering the background and substance of relations between Belarus and the West, which have changed over the past few years, the West is likely to be more cautious in its assessments and response to the Belarusian elections compared to 2006 and 2010. However, should the situation deteriorate sharply due to mass protests and violent clampdown by the authorities, Brussels and Washington may revise their sanctions policy towards Minsk.