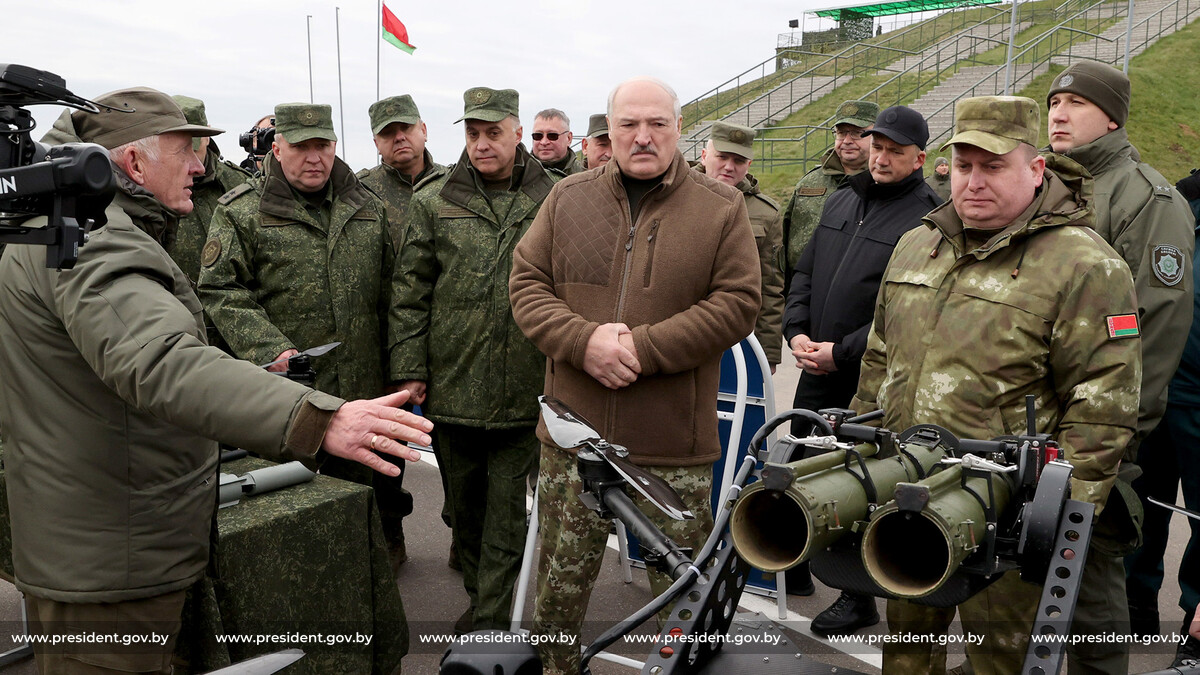 Following the deployment of the joint Regional Grouping of Union State Troops to Belarusian territory and the possible resumption of a Russian northern offensive, the West and Ukraine are taking pre-emptive steps, including increased sanctions – however, Kyiv does not rule out a military response. Meanwhile, the perception of Belarus as a Russian-occupied state is gaining momentum.

Following the summit of EU leaders (October 20-21st), the European Council called on the Belarusian authorities to stop facilitating the Russian war of aggression by allowing Russian armed forces to use Belarusian territory and support the Russian military. The EU is ready to swiftly impose new sanctions if these conditions are not met.

Meanwhile, Lukashenka tries to convince Belarusian society and the international community that Belarus is not preparing for war and will not. Although he would not want modern Belarusian military equipment to be used in Ukraine, at least six rail shipments of mothballed equipment have already been sent to the Russian Federation to re-equip Russian troops in the Donbas and south.

Ukraine anticipates the resumption of Russian offensives from Belarusian territory following the deployment of the Regional Group of Forces of the Union State, probably in the spring of 2023.

Both Kyiv and the West have warned of negative consequences in the event of a second Russian offensive from Belarus. Kyiv cautioned Minsk at the of September that if another invasion is attempted from Belarusian territory, Minsk will receive a response that it does not expect.

In a symbolic gesture, Kyiv imposed sanctions against Belarusian officials and security forces, as well as Belarusian enterprises, including the military-industrial complex, mechanical engineering, petrochemicals, banking sector, IT, state media, and logistics. Generally, these sanctions mirror those adopted by Western countries, however, Lukashenka and his sons were not included in the list, unlike his wife, Galina, and closely associated businessmen.

Meanwhile, People’s Deputy of the Verkhovna Rada, Oleksiy Honcharenko, published a draft statement on the recognition of Belarus as a territory temporarily occupied by Russia, proposing to:

Secretary of the National Security and Defence Council of Ukraine, Oleksiy Danilov, also believes that Belarus is occupied by Russia, distinguishing between the Belarusian regime, responsible for joint aggression, and Belarusian society, which does not want to fight with Ukraine.

The Joint Transitional Cabinet (JTC/OPK) is lobbying along similar lines. The cabinet representative for the transit of power, Pavel Latushka, discussed this issue with the ambassadors of Lithuania and Estonia in Poland.

Occupied status would open the door to absolving Belarusian society of responsibility for the regime’s participation in Russian aggression after the end of the war. However, while Belarus remains a springboard for Russian offensive actions, the costs to the regime and society from sanctions and the potential for hostilities to transfer to Belarusian territory will only increase.