State violence in Belarus remains on the agenda for Western leaders 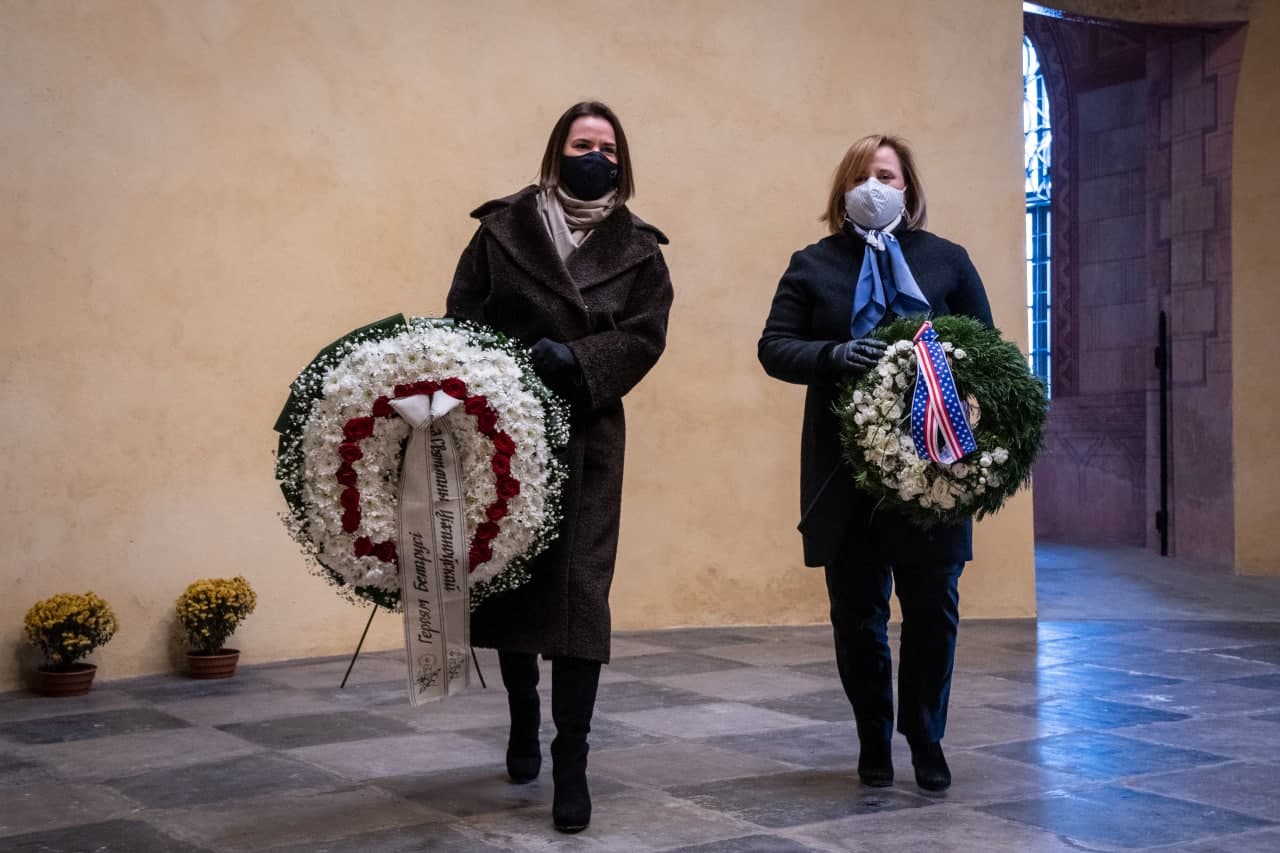 The Day of Solidarity with Belarus has presented an additional informational opportunity for the EU and the US to address issues in Belarus.

On February 6, German Chancellor Angela Merkel again touched on the topic of Belarus. In her video message, she recalled Lukashenka’s non-recognition by Germany and the European Union as president-elect. She called on the Belarusian authorities to cease repression and release political prisoners. The German government has approved an action plan to support Belarusian Civil Society, announcing that: “Persecuted oppositionists and people in a dire humanitarian situation can obtain a visa and asylum in a simplified manner.” The plan also includes “assistance to traumatised victims of torture,” as well as scholarships for students and support for independent media. However, Ms Merkel did not refer to the fourth package of sanctions, and this was also not discussed over the past week by EU decision-making bodies.

On February 5, the head of the press service of the US State Department Ned Price held a telephone briefing, during which the Belarusian issue was mentioned. Price noted that the United States would like to see a peaceful and inclusive dialogue in Belarus that would strengthen its independence and sovereignty. However, the press secretary of the State Department also refrained from making specific predictions regarding additional sanctions.

Last week, Julie Fischer, the US Ambassador-designate to Belarus continued her tour of European capitals as part of her preparations for taking office in Minsk. While in Vilnius, Fischer met with Sviatlana Tsikhanouskaya, representatives of her office and cabinet, and several Belarusian groups and organisations. On the occasion of the International Day of Solidarity with Belarus, Julie Fischer and Sviatlana Tsikhanouskaya laid wreaths at the burial place of Kastus Kalinouski.

The appointed American ambassador’s meetings with opposition leaders must be a significant source of irritation in Minsk; however, it is in no hurry to make negative statements on this issue. On the one hand, these contacts reflect the United States’ official position, which from the beginning of the protests stood in solidarity with the leader of democratic Belarus; however, such diplomatic activity does not constitute any concrete, practical steps. On the other hand, the meeting with political exiles preceding the ambassador’s arrival in Minsk may be part of an agreed formula for Fischer’s diplomatic work. In any case, the ceremony of accepting the American ambassador’s credentials will be a moment of truth in Belarusian-American relations. In the meantime, Minsk and Washington are behaving cautiously, seeking not to provoke irreversible disintegration of bilateral ties.