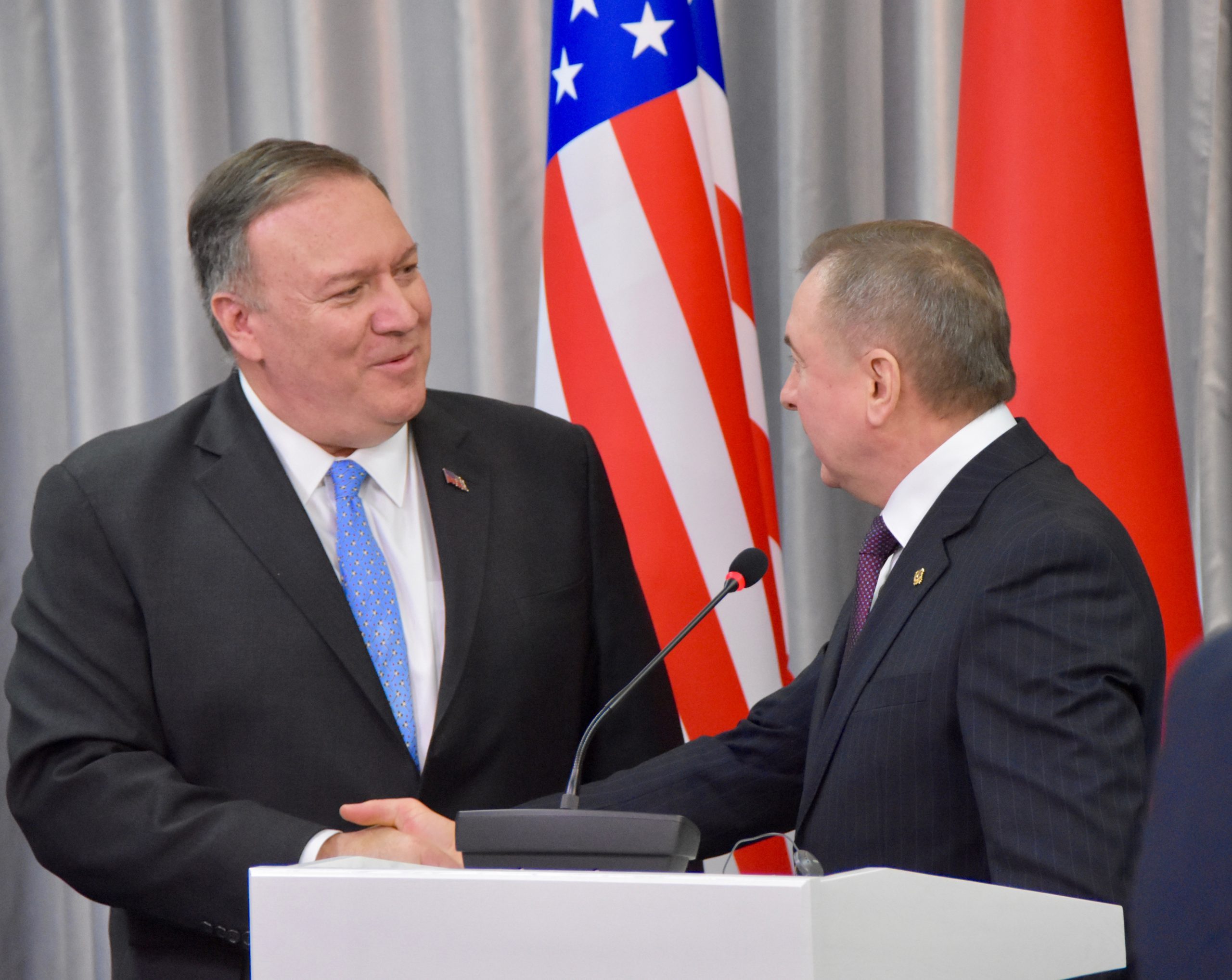 Further to agreements reached with Secretary of State Pompeo during his visit to Minsk earlier this year, last week, the United States started supplying oil to Belarus.

The US Department of State issued a written statement by Secretary of State Michael Pompeo about the shipping of the first batch of US oil to Belarus. According to Pompeo, the deal “strengthens Belarusian sovereignty and independence, demonstrates that the United States is ready to provide trading opportunities to American companies interested in the Belarusian market”. Belarus bought 80,000 tons of American Bakken oil. The tanker is expected to arrive in Klaipeda in early June.

Belarusian Foreign Minister Makei also issued a statement, saying that the purchase of American oil was part of Belarus’ strategy aimed at energy supply diversification and an essential element for domestic energy security. Makei added that the parties were working on strengthening bilateral economic ties.

Last week, several more significant events for Belarus-EU relations took place. On May 13th, the European Parliament approved agreements between the European Union and Belarus on visa facilitation and readmission. Simultaneously, the European Commission responded to Lithuanian Energy and Foreign ministers’ requests concerning the Belarusian NPP’s compliance with nuclear safety requirements. The European Commission reassured the Lithuanian authorities that Minsk was committed to meeting basic safety requirements before launching the Astravets nuclear power plant. This, most likely means, that the dialogue between Brussels and Minsk on the partnership priorities, which was previously blocked by Lithuania, may resume soon.