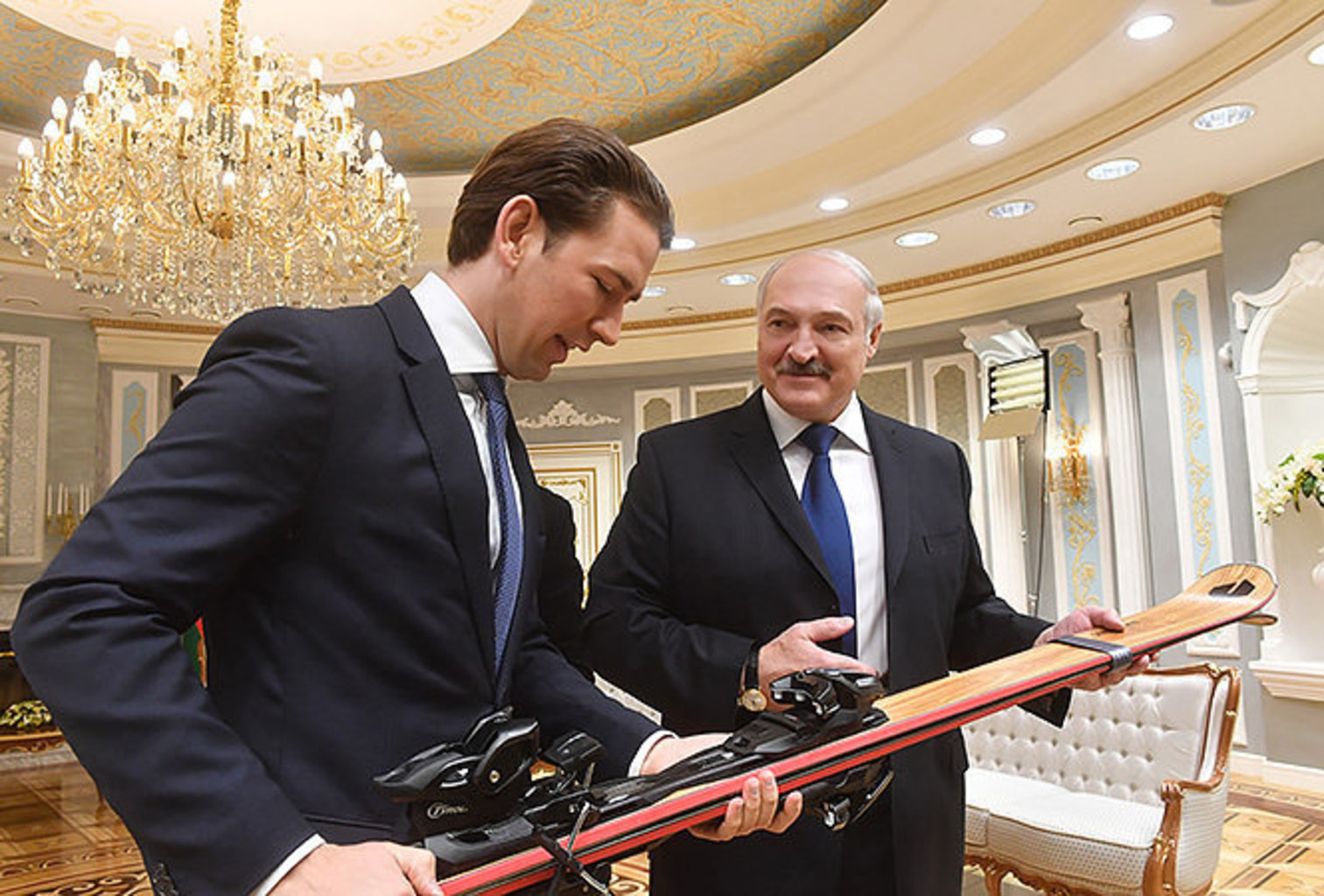 The arrival of the Austrian Federal Chancellor Sebastian Kurz to Minsk was a significant step towards the normalization of relations between Minsk and the West, which confirmed Belarus’ gradual withdrawal from the international isolation.

On March 28th, Kurz and Lukashenka unveiled a monument to 10,000 Austrian Holocaust victims at the Trostenets memorial complex. The next day, they held talks at the Palace of the Republic to discuss bilateral relations and cooperation between Belarus and the EU. The Belarusian president expressed the intention to develop relations with Austria, primarily on trade, emphasized the similarity of views of both leaders on international issues and named the European Union among the main pillars of stability on the planet.

Kurz, in turn, mentioned a possible return visit of Lukashenka within six months and confirmed the intention to build “good long-term relations” with Belarus. He also noted that Minsk had found “a very positive, correct strategy to the rapprochement with the European Union without breaking the partnership with Russia”.

The visit has confirmed the success of Minsk’s strategy aimed at developing long-term bilateral relations with EU member states which are ready to commit to pragmatic and non-politicized cooperation. Over time, successful trade and economic cooperation lead to political normalization. That said, in the past eight years, Austria invested more than USD 6 billion in the Belarusian economy. In Belarus, 83 enterprises with Austrian capital are registered and 20 representative offices of Austrian organizations. Sebastian Kurz’s visit was the first high-level visit to Minsk from a Western European state since the lifting of the sanctions by the European Union.