Is the Belarusian regime once again trying to assume the role of “honest broker”? 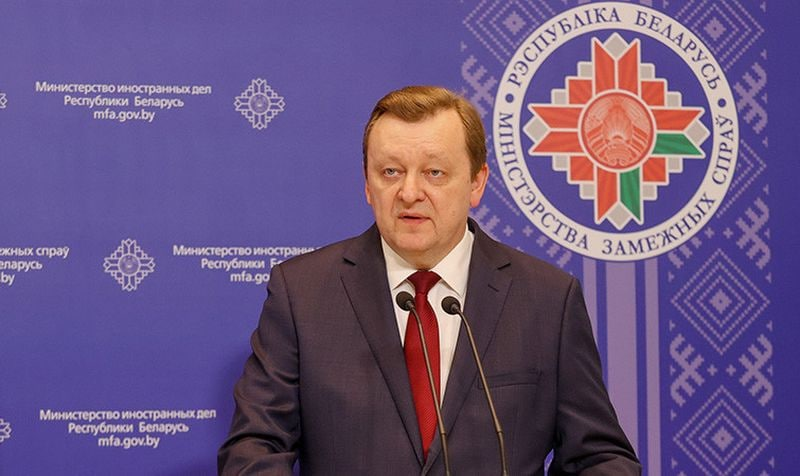 The appointment of Sergei Aleinik, a professional diplomat with ties to the West, as the new Foreign Minister creates the impression that the Belarusian regime will continue with foreign policy manoeuvres to avoid direct involvement in the Russian-Ukrainian war. Initiatives for the transit of Ukrainian grain through the Belarusian territory without preconditions and the proposal to negotiate in Minsk with Vatican mediation suggest this.

An important signal for the West was the appointment of Sergei Aleinik as Foreign Minister. The former first deputy and close associate of Vladimir Makei is an experienced diplomat with established contacts in several Western countries, as well as confidential channels of communication with the Vatican, the Order of Malta, and Western elites. This appointment testifies to the desire of the Belarusian regime to continue with a “balanced” foreign policy in the context of the Russian-Ukrainian war.

Prime Minister, Roman Golovchenko, announced the appointment of Aleinik, stressing that Belarus is ready to develop mutually beneficial relations with the peoples of all countries, including those perceived as “unfriendly”. However, playing down attempts to normalise relations with the West, Golovchenko called on Belarusian diplomats to act actively and decisively, clearly conveying the Belarusian position while developing contacts in Western circles and conducting both public and private negotiations.

Golovchenko states that the new Minister of Foreign Affairs has set the following tasks:

Minsk’s attempts to restart negotiations on a grain transit deal were rebuffed by Lithuanian Foreign Minister Gabrielius Landsbergis at the UN. Lithuania believes this initiative will have political conditions attached, including the shipment of Belarusian potash fertilisers through Lithuanian ports.

The European Union and the United States have imposed sanctions on Belarusian potash forbidding importation into or transit via EU territory. These sanctions did not apply to pre-existing contracts; however, earlier this year, Lithuanian authorities declared the agreement between the Lithuanian Railways and Belaruskali to transport fertilisers via Klaipeda a national security threat. Belaruskali tried to challenge the decision in court, but the case was dismissed, and the court recently refused to reopen the matter.

Kyiv and several Western capitals rule out the possibility of such a deal, especially when Russia is preparing a new offensive from Belarusian territory because restored railway infrastructure between Belarus and Ukraine could be used during any Russian offensive.

Nevertheless, Belarusian diplomats continue their efforts to distance Belarus from the war and return to the role of “neutral” negotiating partner.

The Apostolic Nuncio to the Republic of Belarus, Archbishop Ante Jozic, who met with Foreign Minister Makei before his death, did not rule out negotiations regarding the Ukraine conflict in Minsk with Vatican mediation. A hint at joint efforts by the Belarusian regime and the Vatican to find ways to solve the “crisis” is contained in the birthday greeting of Pope Francis, published by Lukashenka’s press service.

However, Lukashenka has suggested that a pre-condition of talks with the Kremlin would be Ukraine abandoning claims for the return of territories occupied by Russia. Otherwise, the war will continue, and Ukraine will cease to exist as a state. Obviously, such an ultimatum is unacceptable to Kyiv.

The Kremlin is not interested in sincere peace talks, seeking only to use negotiations as a pretext for a temporary truce while it regroups forces and resources for the 2023 military campaign. Consequently, Belarusian initiatives are doomed to failure, at best, and due to the high level of mistrust, may even be perceived by Western countries and Ukraine as a strategic disinformation campaign to aid Russian preparations for a new invasion from the Belarusian territory.