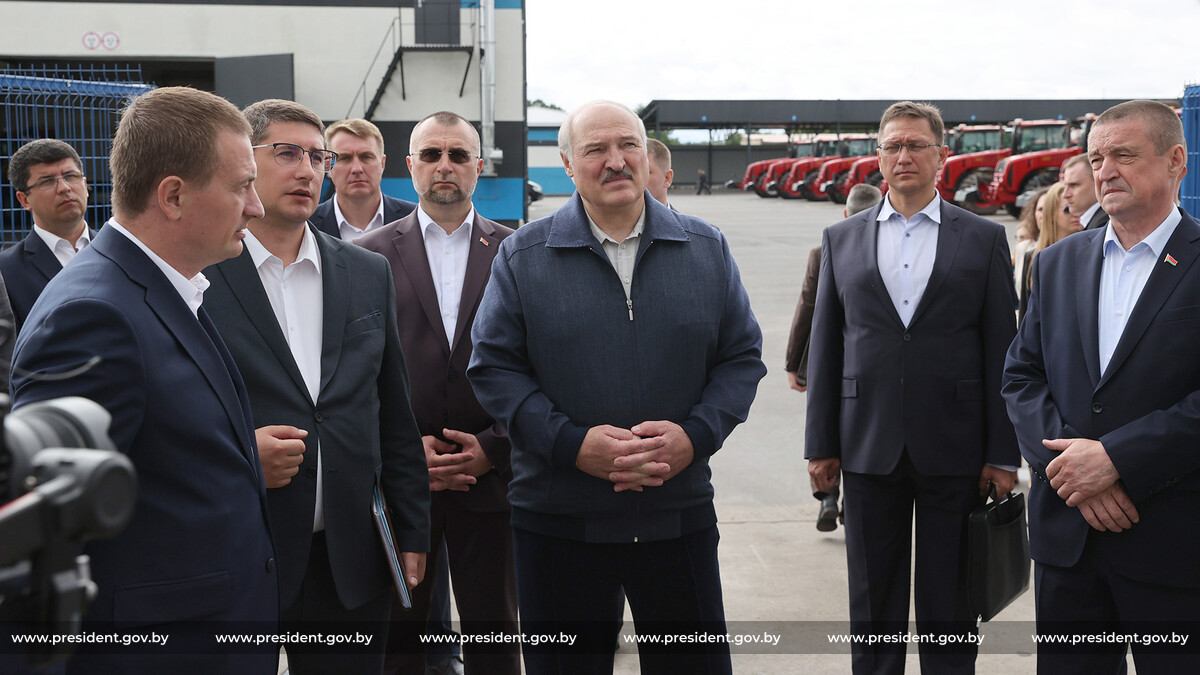 The Belarusian regime has sent signals to the West, threatening to support Russian military aggression against Ukraine and pivot to China in response to Western sanctions. At the same time, Minsk played on the escalation of the situation around Taiwan, trying to attract the attention of China through a demonstration of geopolitical loyalty. Meanwhile, Poland intensified criticism of the Belarusian regime and called for increased international pressure.

Lukashenka again explained his support for Russian aggression against Ukraine. It appears that he harboured a grudge against the Ukrainian authorities due to sanctions and the closure of airspace for Belavia in 2021 “at the behest of the Americans.”

Meanwhile, a group of U.S. senators calls on the US administration to appoint a special envoy for Belarus. Julie Fisher, who held this post earlier, left in July.

Meanwhile, not receiving adequate support from Russia, the Belarusian regime decided to express geopolitical loyalty to China, which had previously reduced cooperation with Belarus to a minimum due to Western sanctions. The Belarusian Foreign Ministry issued a statement in support of China of the Speaker of the House of Representatives of the US Congress to Taiwan. Lukashenka stated that Belarus wants to cling to China with an “additional wagon”. According to him, China will not even notice this, and many problems of the Belarusian authorities will be solved.

Belarus is also counting on the growth of container transit to China since one of the strategic directions for containerised export of Belarusian products is towards China and Asia in general. Together with transport companies, the Belarusian Railway ensures the organisation and development of a regular container service to deliver products to the Chinese market. Projects for the delivery of wood pulp have already been implemented, as have meat and dairy products, granulated sugar, milk powder, and wood products. Today the share of China in the total volume of transported Belarusian foreign trade cargoes is 49%.

Despite the reorientation of foreign policy in favour of cooperation with more distant countries, the Belarusian regime is in no hurry to sever all ties with the West. In particular, the introduction of visa-free travel with Poland and the Baltic countries is due to the desire to demonstrate peaceful intent in the hope that these countries will not oppose Belarus in the future. An additional signal to the West was the statement of the Ministry of Foreign Affairs that Belarus does not intend to give up its nuclear-free status or cease compliance with the Treaty on the Non-Proliferation of Nuclear Weapons, despite Lukashenka’s statements about the possible deployment of Russian nuclear weapons.

Meanwhile, Poland is intensifying its criticism of the Belarusian regime and will take action regarding the ongoing repression of independent journalists and cyber-attacks against Polish military facilities. In particular, Poland calls for EU measures, including sanctions, “to go much further.” Meanwhile, in Latvia, there are proposals to include Belarus in the list of the countries whose citizens are subject to additional verification when issuing a visa or residence permit.

As a result, the foreign policy signals of the Belarusian regime remain “unrecognised” by both the West and China, which indicates the deterioration of the international situation for Minsk.