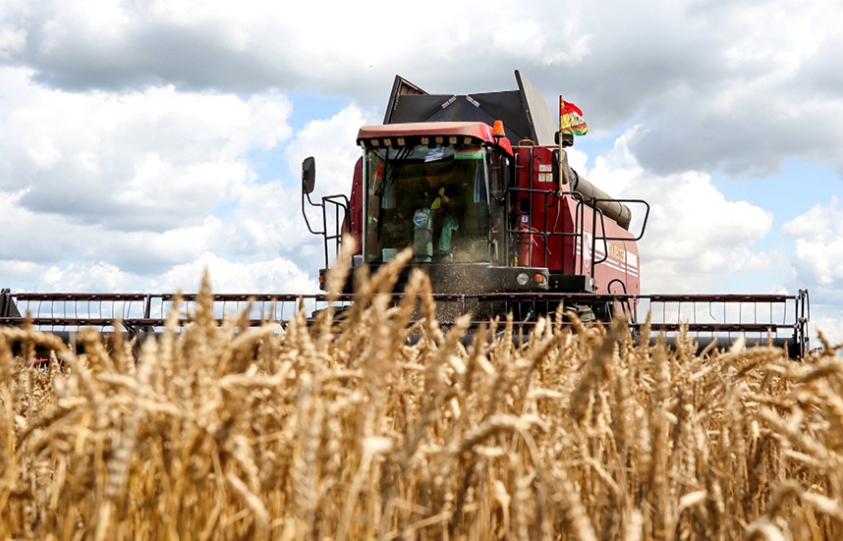 The regime maintains repression against protest groups and administrative pressure on the agricultural sector to stimulate the economy. The leadership is resorting to exhortation and liquidity injections to ensure economic growth.

Lukashenka is increasing pressure on central and regional governments, alleging that many senior managers have failed to prepare for the harvesting campaign.

The decline of the economy and budget revenue continues, particularly in industries previously drivers of growth, such as the High Technology Park (due to a decrease in profits and business relocation).

Nevertheless, the government is showing economic optimism. A low unemployment rate (3.7%) is maintained, partly thanks to the emigration of workers.

The leadership expects to contain the GDP fall through additional public sector support and investment in infrastructure projects. Lukashenka increased financing for the state investment program by BYN 357 million to BYN 1 billion.

The authorities are planning new benefits and preferences for trade and catering in the countryside through cross-subsidisation. Due to the budget deficit, the government is considering raising taxes, including income tax and VAT (to 23%).

The authorities compensate for the declining revenue with business surcharges. Mahiloŭ tax authorities found violations in all raids. Businesses continue to curtail investments and relocate.

The number of people employed in the economy has decreased to a historic low. Still, the ruling class continues to use force to resolve the political crisis, the consequent recession, and personnel problems.

The authorities still do not see the need for large-scale economic reform. However, the government is forced to implement reforms in the most problematic areas, such as pension provision. Real pensions continue to fall for the seventh month in a row, contracting in June by 3.2%.

Purges and repression of doctors continue despite increasing personnel shortages in public health institutions. Doctors who protested in 2020 are compelled to appear in “penitential videos” before being allowed to work. In health care, tension and discontent are expected due to the abolition of COVID-19 supplemental funding and the introduction of a new allowances system.

On the eve of a possible new wave of COVID-19, Lukashenka maintains his rhetoric about “coronapsychosis” despite public discontent in 2020 following a similar approach to the problem.

Therefore, the ruling class redistributes funds from honest businesses to the public sector to maintain loyalty to the public administration and facilitate the depoliticisation of the population by repression.