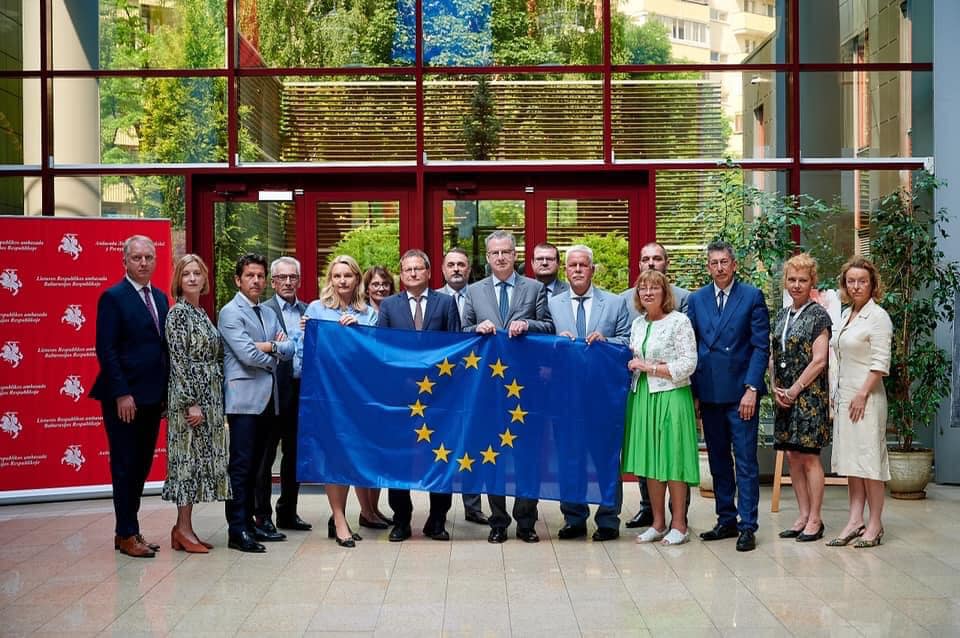 As expected, the Belarusian regime last week began to take retaliatory steps in response to the introduction of sectoral sanctions by the European Union, impacting institutional and humanitarian bilateral cooperation.

On June 28, the head of the European Union’s representative office in Belarus, Dirk Schubel, was summoned to the Belarusian Foreign Ministry and requested to depart for Brussels and convey “to his leadership the position of the Belarusian side regarding unacceptable pressure and sanctions.” The Belarusian Permanent Representative to the EU, Aliaksandr Michnevich, was similarly recalled to Minsk for consultations.

The Belarusian regime also announced the suspension of its participation in the EU’s Eastern Partnership initiative, notified of the withdrawal from the readmission agreement and banned entry to Belarus for “representatives of European structures and persons from the European Union who facilitated the introduction of restrictive measures.” Dirk Schubel left Belarus two days later.

Further, Belarusian regime demanded that the Goethe Institute and the German Academic Exchange Service (DAAD) cease activity. The Goethe Institute, which has a mission to promote the German language and culture, has operated in Minsk since 1993 and the DAAD Information Office since 2003.

Relations with the European Union are further aggravated by the sudden increase in illegal migrants attempting to enter Lithuania via Belarus. According to the Lithuanian authorities, so far in 2021, more than 800 people have been detained at the border, more than 10 times the total for all of 2020, leading to the declaration of a state of emergency.

However, trade with the EU countries continues to grow, increasing in January-April 2021 by 37.3%, year on year, to reach almost 5 U.S. dollars. Exports to the EU doubled to 2 billion 886.8 million dollars, while imports decreased by 5.3% to 2 billion 31.9 million.