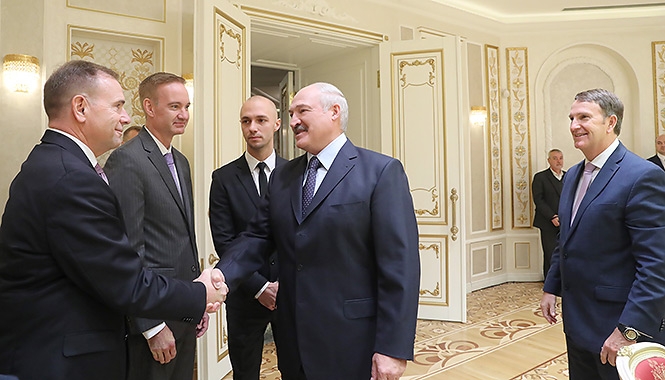 Less than a week after the US Assistant Secretary of State Wess Mitchell’s visit to Minsk, a delegation of influential American analysts, some former high-level government officials, visited Belarus.

For instance, a delegation member, Michael Carpenter, in the past was the Assistant Secretary of Defence, and General Ben Hodges, until last year, commanded the American troops in Europe.

The delegation met with Foreign Minister Makey, Defence Minister Ravkov, and President Lukashenka. Bearing in mind that Carpenter, while serving in the Obama administration, was the major supporter of “defrosting” relations with Belarus, and Hodges opposed the American military presence in Poland and carries authority in the military community, Minsk appears to be interested in using such informal channels to communicate its position and lobby further normalisation with the United States.

In addition, the usual practice of prominent US officials rotating between the state administration and think tanks, suggests, that these individuals could be reappointed to the leading positions in Washington in the near future. Hence, such diplomatic efforts could deliver significant benefits.

Overall, recent US visits, official and unofficial, which practically coincided in time, clearly indicate an increased interest in Belarus by the United States. In turn, this reflects the change in Washington’s strategy vis-à-vis the region as a whole.