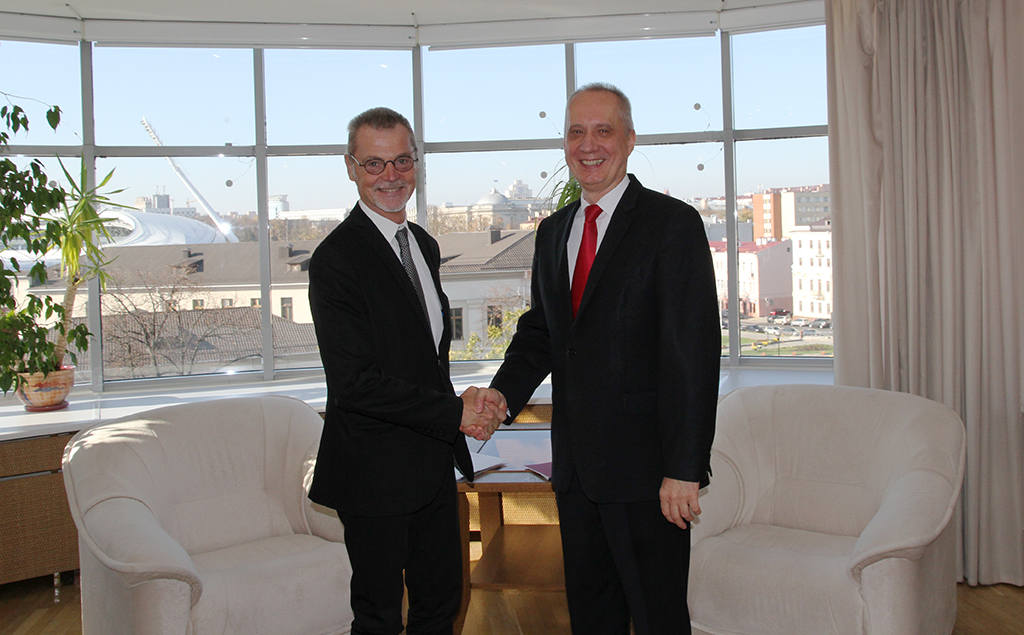 Minsk’s foreign policy strategy aimed at positioning Belarus as a security and stability donor in the region continues to bear fruit. Minsk has become a legitimate negotiation platform and its relations with the West have further improved.

Last week, another groundbreaking and historical visit, along with the arrival of the National Security Advisor to Trump in Minsk, took place. On October 16th, 2019, for the first time in 27 years, NATO Deputy Secretary-General, who led the North Atlantic Alliance delegation at the information day of the NATO Science for Peace and Security Programme, visited Belarus.

NATO Assistant Secretary-General for Emerging Security Challenges Antonio Missiroli met with Belarusian Deputy Foreign Minister Andrei Dapkyunas. According the IMF press service, the interlocutors noted a stable trend towards improving relations between Belarus and NATO, discussed cooperation between Belarus and its NATO member states and partners on different matters, among other things, the fight against new challenges and threats, including terrorism.

Although Belarus has long joined the NATO Partnership for Peace Programme, her cooperation with NATO is among the lowest in the post-Soviet space. The political legacy of the sanctions and isolation period continues to impede the qualitative improvement of relations. Nevertheless, increasing the frequency and level of contacts is likely to improve the situation.