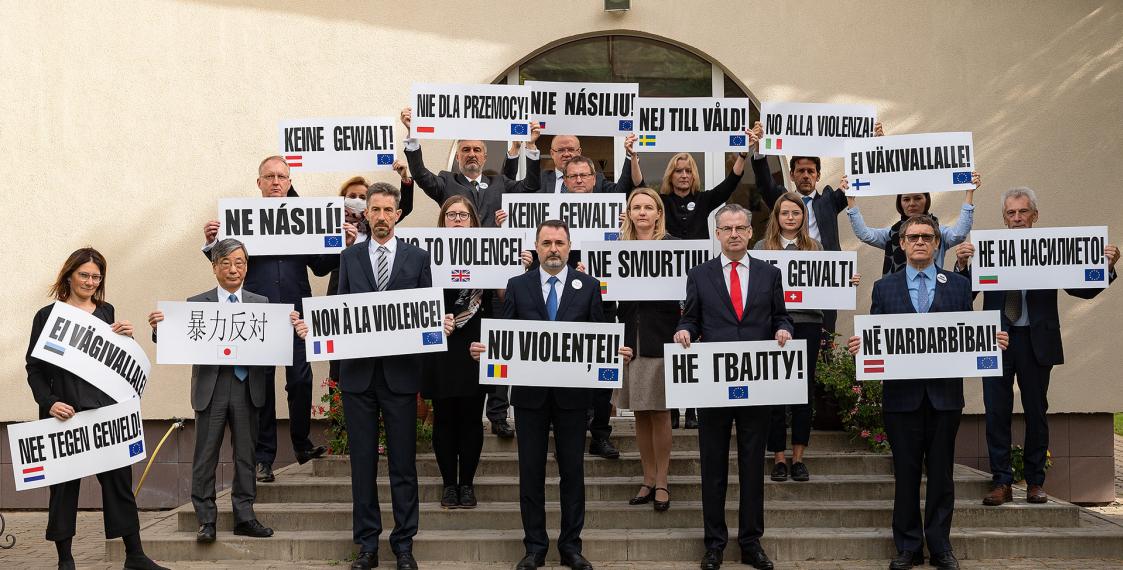 The diplomatic conflict between Belarus and the European Union has escalated with only two EU ambassadors remaining in Minsk.

Last week, further to Belarus’ demand to recall the ambassadors and reduce the staff of the Polish and Lithuanian embassies, most EU member states (including Germany) recalled their ambassadors from Minsk in solidarity.

It should be highlighted that ambassadors were recalled for consultations, hence, so far, this is not about the closure of the embassies or the breaking of diplomatic relations. That said, the head of the EU Delegation to Belarus, Dirk Schuebel, remains in Minsk to keep the communication channel open and monitor the development of the situation on the spot.

Simultaneously, Sviatlana Tsikhanouskaya last week held meetings with European leaders (including Angela Merkel and Emmanuel Macron) as the Belarusian oppositional leader. This fact must have annoyed the Belarusian authorities, especially given that neither the EU nor the United States recognized her as the president-elect.

The deepening conflict between Belarus and the West has manifested itself in practical cooperation. On October 8th, Lithuania blocked the allocation of EUR 5.8 million to Belarus within the framework of the EU-funded cross-border cooperation programme. The programme, entitled “Latvia – Lithuania – Belarus”, was launched in 2014 for six years, envisaging the implementation of joint projects aimed at improving the quality of life in the border regions.

On October 10th, the current president met with the arrested politicians, members of their campaign headquarters, and civil activists held in a KGB detention centre. The motives behind the meeting were not explained, however, it is likely to be portrayed by Minsk as the start of a dialogue between the authorities and the society, which is among the major demands from the West. Presumably, the Belarusian authorities hope to mitigate the effects of the ongoing political turmoil in respect of international observers.