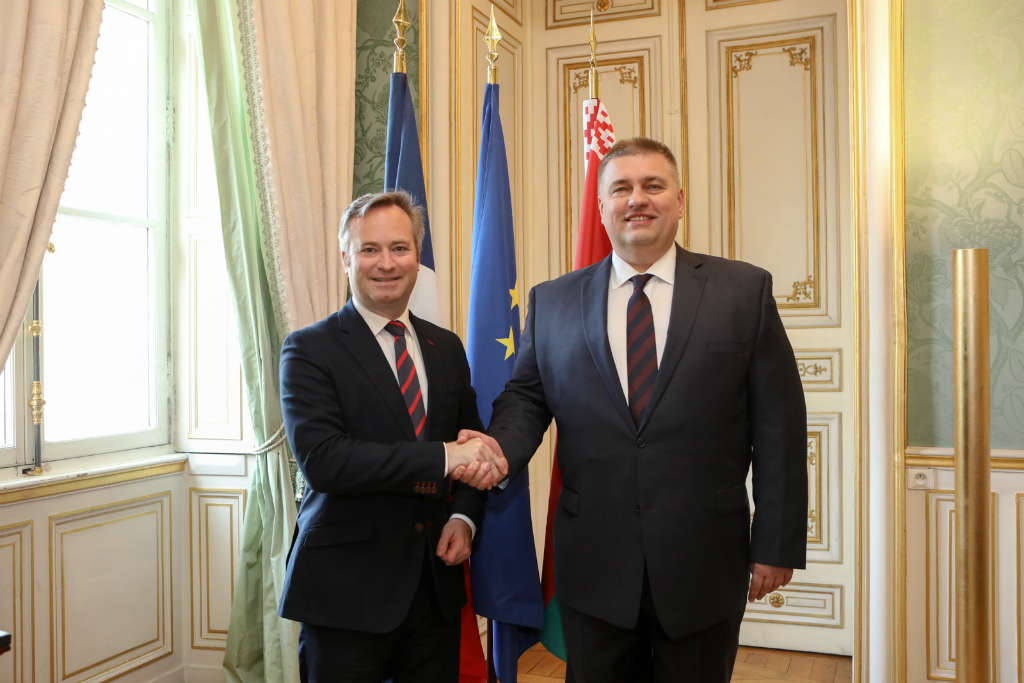 Amid the inertia of the EU’s old approaches towards Belarus and the lack of progress in normalising relations, Minsk further focused on developing pragmatic bilateral relations with individual Western states, hoping to make a qualitative breakthrough in Belarus-EU relations.

Last week, Belarusian diplomacy made steps towards expanding relations with the United States and France.

On May 21st, the Belarusian Foreign Ministry signed memorandums of cooperation between the State Border Committee, the State Customs Committee, the Interior Ministry, the Investigative Committee of Belarus and the Drug Enforcement Administration under the US Justice Ministry (DEA).

On May 20th – 22nd, Belarus’ Deputy Foreign Minister Oleg Kravchenko visited France. During the visit, he met with his counterparts from the Foreign Ministry, held talks at the Ministry of the Armed Forces, participated in a joint French-German foreign ministry meeting and in an analytical event on Belarus at the French Institute of International Relations (IFRI).

Simultaneously, last week, the EU published a report on the situation of human rights in the world, which referred to the lack of progress in Belarus. The process of signing the agreements on visa facilitation and partnership priorities was delayed. The European Union continued to shy away from negotiations on concluding the Agreement on Partnership and Cooperation (a basic bilateral agreement) despite numerous requests by Belarus.

On the Western front, amid the absence of qualitative and systemic improvements at the political level, Belarus further pursued her strategy aimed at the gradual expansion of practical cooperation with individual EU member states.