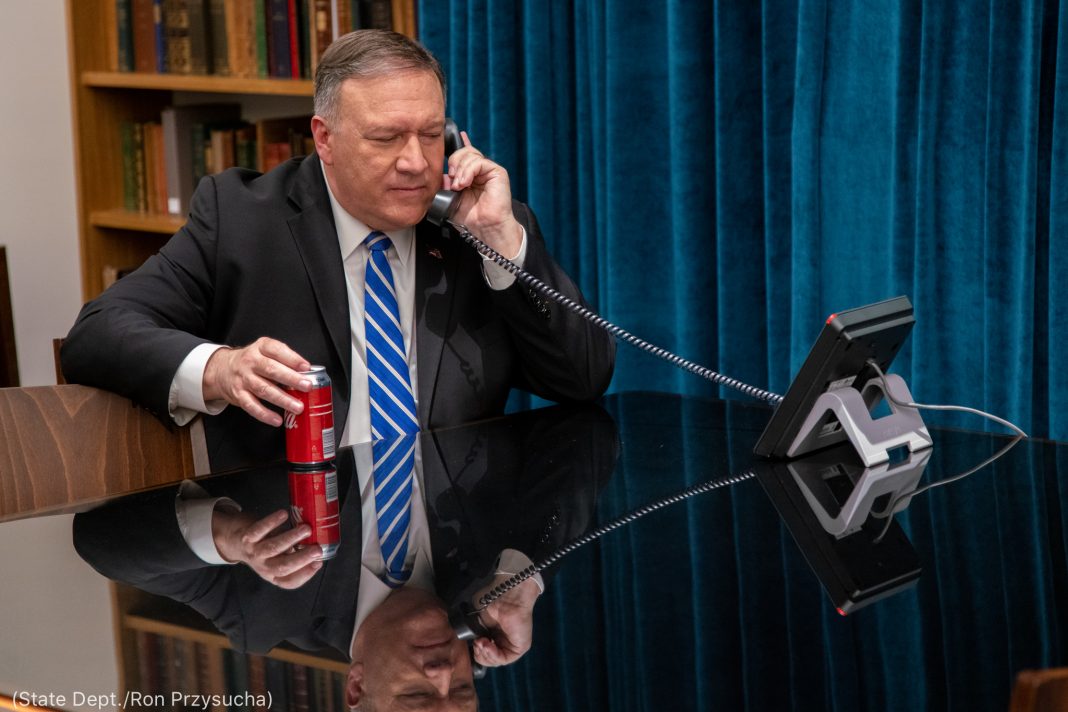 On October 20th, High Representative of the European Union for Foreign and Security Policy Josep Borrell when speaking at the European Parliament noted that the situation in Belarus was not improving, and the prospects for dialogue were limited. Simultaneously, he added: “I say limited, so as not to say anything at all.” Borrell informed MEPs about the second package of sanctions being prepared, which would also include Lukashenka.

On October 23rd, Josep Borrell discussed the situation in Belarus in a telephone conversation with US Secretary of State Michael Pompeo. The European External Action Service noted after the conversation that the EU and the US “called on the Belarusian authorities to start a substantive dialogue with real representatives of civil society, in particular with the Coordination Council created by Sviatlana Tsikhanouskaya.”

On October 24th, Secretary of State Pompeo had a telephone conversation with Lukashenka. The Belarusian propaganda presented the call as a sign of US recognition of Belarus’ domestic politics and that the parties had a dialogue on world issues almost on ‘equal’ terms. “Pool of the First” claimed that the parties “discussed the situation in the world”, “talked about the domestic political situation in both, Belarus and the United States” and that Pompeo emphasized that he “remained supportive of Belarus’ independence and sovereignty and the development of cooperation with Belarus”. Lukashenka’s press service said he told “his interlocutor about the national dialogue which was being held in Belarus.”

Pompeo’s press service formulated the subject of the conversation somewhat differently: “The Secretary called for the full release and immediate departure from Belarus of wrongfully detained U.S. citizen Vitali Shkliarov  and reaffirmed U.S. support for the democratic aspirations of the people of Belarus.”

The conversation with Pompeo was, in fact, Lukashenka’s first contact with a Western politician after the August 9th elections and mass protests which followed. Moreover, last week, relations with Russia, amid her support for Lukashenka rather than for the Belarusian people, began to lean towards a confrontation. The Kremlin insisted that Lukashenka had to fulfil his promises to Putin, including constitutional reforms based on a dialogue with society. Lukashenka’s attempt to convince the Kremlin that his monologues with state trade unions, labour collectives and local executives constituted a “national dialogue” failed amid ongoing mass protests.

The Belarusian strongman seeks to reboot a multifaceted foreign policy and retain his job by walking a line between the demands of the East and West.