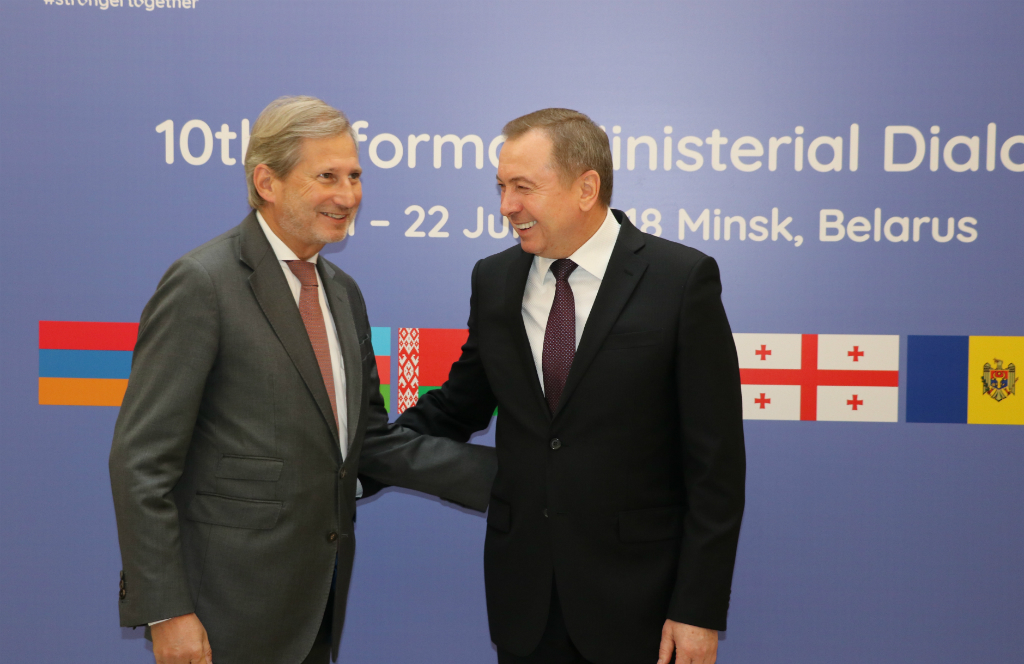 During the final press conference, Foreign Minister Makey reiterated the traditional theses on the Eastern Partnership (practical and pragmatic cooperation, non-confrontation, rapprochement between the EU and the EEU) and very positively assessed the dynamics of Belarusian-European relations in recent years, “the progress is much greater than our achievements in the previous 20 years”.

In addition, negotiations during the ministerial meeting revealed several problems. In particular, such issues as extremely protracted negotiations on visa simplification and the signing of the Partnership Priorities, which should have been signed last year, were reiterated. During the meeting with European Commissioner Hahn, President Lukashenka noted that Belarus had always been a good transit window for the European Union and insisted that the European Union opened in the same way for Belarus. This was a transparent hint at EU barriers for Belarusian goods on the European market and for the transit of goods to third countries through the EU.

The ministerial dialogue of the Eastern Partnership in Minsk demonstrated, on the one hand, significant progress in relations achieved over the past 3-4 years, but, on the other hand, revived the debate about the unresolved painful issues on the bilateral agenda, including the visa simplification issue, the basic agreement and the terms of mutual trade.