As the West prepares new sanctions, the regime seeks to reorient itself to the CIS and Iran 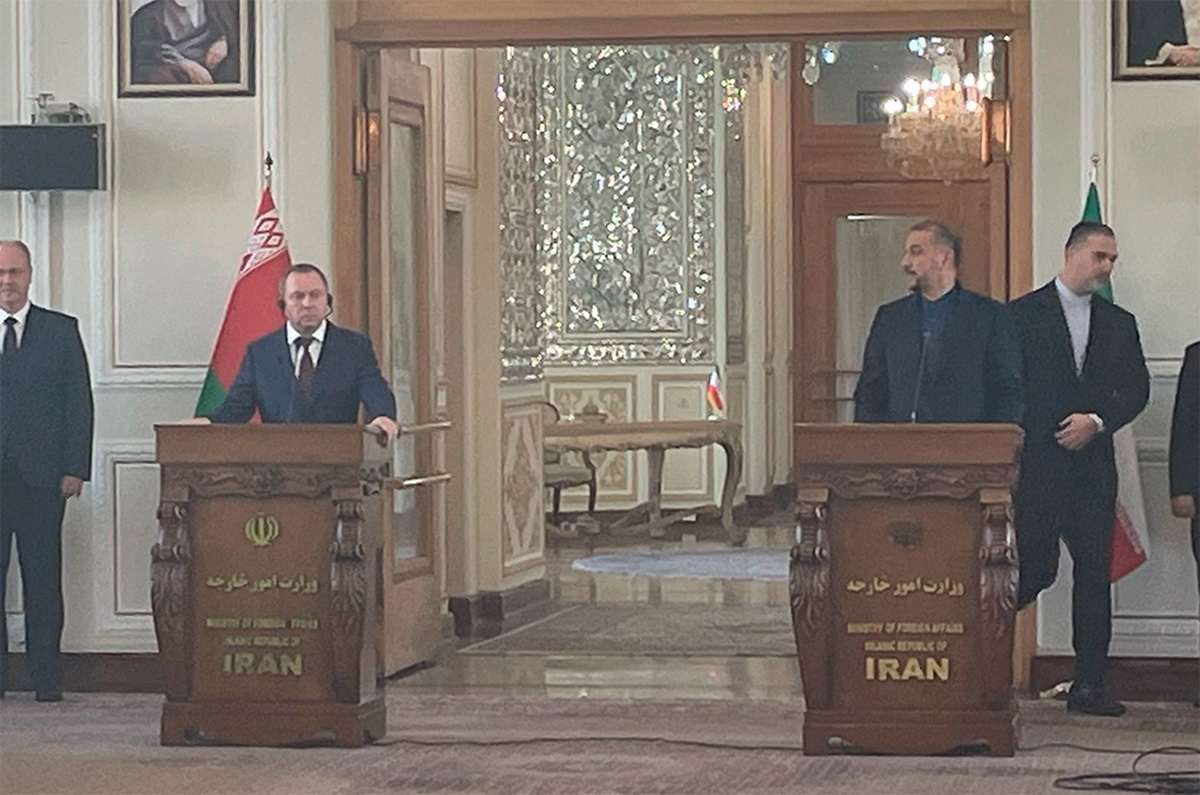 The West is preparing to tighten sanctions against Belarus to interdict Russian circumvention of the technological embargo. The Belarusian regime is trying to convince CIS countries to jointly resist Western sanctions and is attempting to get closer to Iran, which has experience of protracted sanctions. Minsk continues to sever ties with the West and international bodies, further reducing the relevance of the regime in the eyes of the world community.

The EU is working on a new package of sanctions against Russia over the invasion of Ukraine, which could also affect Belarus. Although the content of the new EU measures is yet to be determined, it is expected that the focus will be on Belarus as an intermediary that allows Russia to re-import sanctioned goods. Russia imports household appliances through Belarus and other CIS countries, containing components that can be used for military purposes.

In addition, sanctions from Western countries may be tightened in connection with the results of discussions on October 31st following the meeting of the UN Security Council on the forced landing of the Ryanair airline in Minsk in 2021.

Meanwhile, the Belarusian government remains optimistic and declares the successful reorientation of almost all Belarusian exports from Western markets, mainly to the CIS. Minsk continues to try to convince CIS countries of the need to strengthen self-sufficiency, increase mutual trade, grow domestic markets, and maximise the potential for goods and services. To do this, the CIS must protect themselves from external shocks and “illegitimate pressure” from the West and ensure economic growth. After all, the West sets “goals for the complete production, technological and financial isolation of our countries.”

Against this background, the Belarusian regime continues its rapprochement with states also subject to Western sanctions, aiming to grow trade and economic cooperation with Iran. During his visit to Iran, Foreign Minister Uladzimir Makei characterised sanctions as “economic terrorism” and said that both countries should work together on “adequate response measures”. He expressed confidence that new agreements will contribute to the realisation of opportunities for developing and strengthening a “long-term strategic partnership”. This partnership already goes beyond economic relations: Russian troops periodically launch Iranian kamikaze drones against Ukraine from Belarusian territory. In addition, shortly, Russian troops will be able to launch Iranian ballistic missiles from the territory of Belarus, the purchase of which is now being actively negotiated by Moscow and Tehran.

The Belarusian regime is taking steps to dismantle relations with the West and international structures. The Belarusian government terminated two agreements with the EU on financing entrepreneurship, adding to the agreements previously terminated. Belarus also withdrew from the optional protocol to the International Covenant on Civil and Political Rights, depriving Belarusian citizens of the ability to file human rights complaints with the UN. This is happening against the backdrop of ongoing systemic repression and purging undesirable elements from Belarusian society who criticise the regime.

Attempts by the Belarusian regime to limit the ability of Belarusians to appeal to international structures in defence of their rights are unlikely an attempt to avoid responsibility. In Poland, several criminal cases were opened in connection with the crimes of the Lukashenka regime following the 2020 elections under the principle of universal jurisdiction, which provides for extraterritorial prosecution.

In addition, the process of depriving Lukashenka of his international relevance in favour of the Belarusian democratic forces continues. Further to this, Estonia will send an ambassador-at-large to Vilnius.

The development of a strategic partnership with Iran, whose deadly kamikaze drones are launched from Belarusian soil against Ukraine, as well as constant pledges of loyalty to Russia, seems to signal the regime’s determination to side with Russia. In the eyes of Ukraine and the West, Belarus joins a new axis of evil with Russia and Iran with all the ensuing negative consequences.