Amid continuing protests, Belarus’ diplomatic conflict with the West escalates 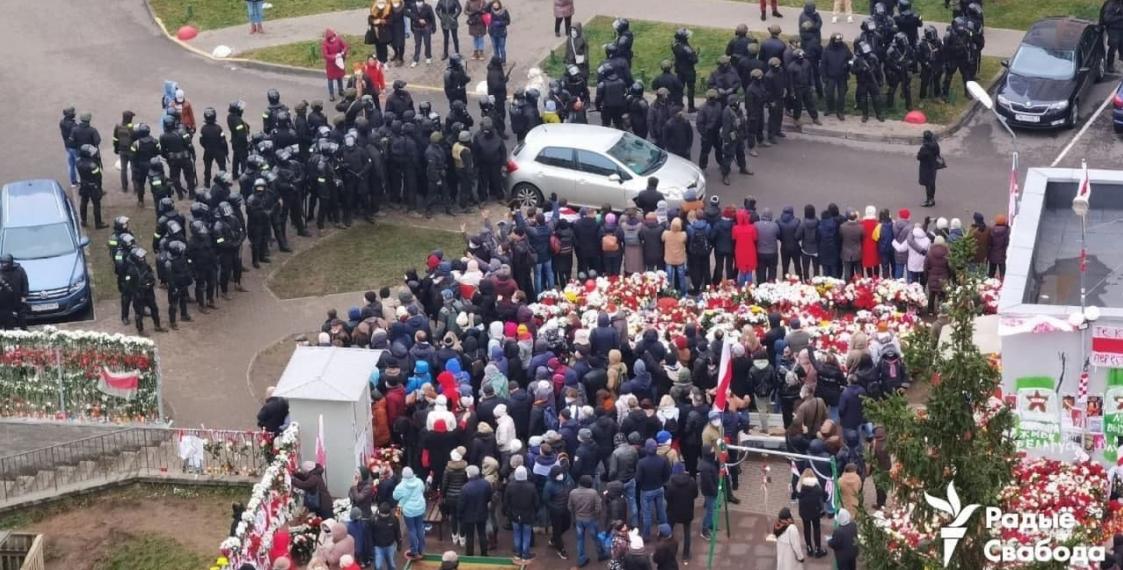 Western states and politicians continue to follow closely protests in Belarus. The death of Raman Bandarenka caused further aggravation of rhetoric between Minsk and the West.

Early last week, two British diplomats left Belarus further to being declared personas non grata by the Belarusian authorities for observing protests and meeting with the opposition and the public. In response, the UK also expelled two Belarusian diplomats. British Foreign Secretary Dominic Raab sharply commented on the incident: “The UK will not be cowed by the attempts of Lukashenko’s regime to stop us speaking out about the rigged election & the despicable violence against the Belarusian people.”

On November 9, Belarusian Foreign Ministry representatives met with Charge d’Affaires of the Polish Embassy in Belarus Martin Wojciechowski to express concern in connection with the “confirmed and documented facts of organized criminal activity from the territory of Poland, which causes damage to the life and health of Belarusian citizens, public safety, state and private property in the Republic of Belarus”. Belarus’ officials had in mind Telegram channel HEXTA and Warsaw-based representatives of the Belarusian opposition.

The death of Raman Bandarenka has caused a surge in statements from Western foreign ministries, politicians, officials, and international organizations, which contained accusations against the Belarusian authorities and demands to stop the violence. In this regard, the European Union announced its readiness to introduce additional sanctions.

Simultaneously, the communication on the intergovernmental level remains open. On November 13, Deputy Foreign Minister Krauchanka had a phone conversation with Permanent Under-Secretary at the Foreign, Commonwealth & Development Office Sir Philip Barton, which was scheduled in early November, hence the parties discussed other issues in addition to the expulsion of British diplomats.