Russia is moving towards self-sustained development 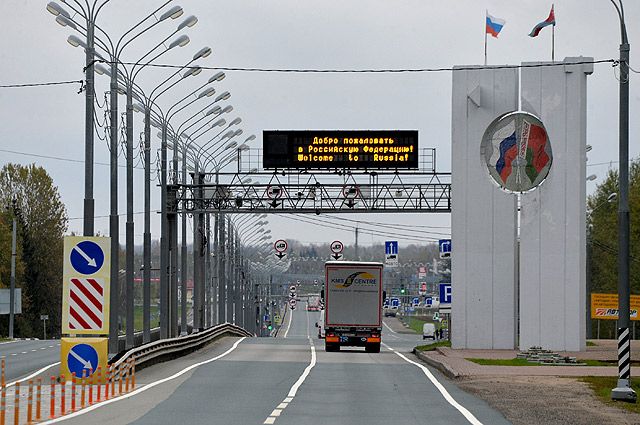 Even amid celebrations of the Unity of Russia and Belarus Day and mutual congratulations, the focus of the media was on disagreements over the terms of bilateral cooperation. Deliveries of Belarusian products have become the subject of internal disputes in Russia between business and government agencies. De facto, Belarus is being forced to waive the right to sell its products on the Russian market in favour of Russian companies.

Russian and Belarusian presidents exchanged warm greetings on the occasion of the Unity Day (celebrated on April 2nd, when the treaty on founding the “Community of Russia and Belarus was signed”).

On April 6th, Minsk hosted the Council of Foreign Ministers of CIS meeting, where Belarus supported Russia’s proposition to the CIS states to issue a statement about the non-acceptance of interference in the internal affairs of states (apparently referring to US and EU sanctions against Russia).

Supplies of Belarusian dairy products to Russia cause interest of both, industry workers and other lobbyists. The State Secretary of the Union State, Grigory Rapota, said that the timely signing of balances for the milk supply to Russia could resolve most conflicts in this regard. The Russian Deputy Minister of Agriculture, Khatuov, spoke about the intention to create a common food market for Belarus and Russia.

Russian Agriculture Minister Tkachev said that Russia aimed at 90% domestic dairy products on the Russian market in the near future. In his view, until that happened, Belarusian dairy producers hampered the development of Russian dairy industry through dumping. In addition, the minister revealed that the state investment in the dairy industry in Russia had not paid off and that industry lobbyists required additional budgetary injections.

Apparently, Rosselkhoznadzor, the Russian Agriculture Ministry and other industry lobbyists are forcing Belarusian producers to sell their products to major Russian companies patronized by the government, rather than to final consumers and retailers. As yet, the lobbying weight is insufficient to make the blackmail work.