Moscow recalls Ambassador Babich; the situation with oil deliveries is far from being resolved 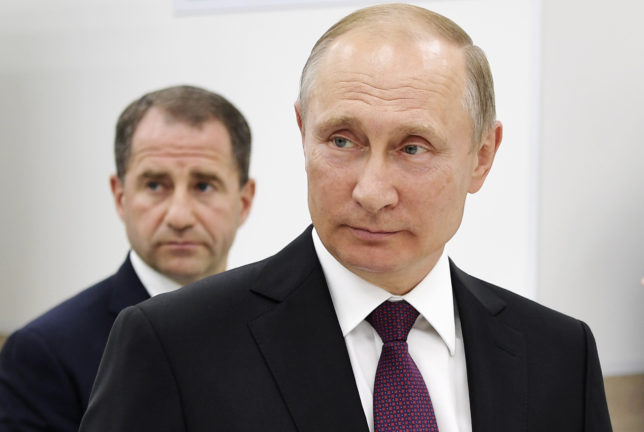 President Putin has signed resignation of ambassador and special envoy Babich and appointed Mezentsev as a new ambassador (abandoning the second title). Hence, he has recognised the failure of Babich’s mission, whatever it was. Contaminated oil in the Druzhba pipeline yet has not been refined and this is unlikely to happen soon. Ultimately, this may lead to reduced oil supplies via this route to Europe.

Evidently, the Kremlin has replaced its ambassador because Belarus had disagreed with the changes in the communication policy between the two states and with the new communication approach of the Embassy introduced by Babich in the host country. Moreover, such changes, except enhanced media attention, failed to give additional advantages to the Kremlin. The communication approach was likely to be in compliance with the tasks set before Babich by the Kremlin, and his replacement probably indicated that these tasks were too difficult to attain. Accordingly, it would be reasonable to assume that the tasks of the new ambassador in Belarus will be adjusted, as well as the means to achieve them.

On May 2nd, 2019, oil flow resumed through the Gomel branch of the Druzhba pipeline in compliance with the quality standard for the Urals brand. That said, contaminated oil was displaced from the Belarusian pipeline to the Russian Unecha node. However, the situation with contaminated oil yet has not been resolved. It is unknown how soon oil supplied to European states-recipients from Druzhba pipeline will be refined. Moreover, it became known that contaminated oil reached the Russian port of Ust-Luga via BTS-2 (Unecha is the hub where the oil pipeline branches into Druzhba and BTS-2). It has been immersed in tankers, creating another problem to address. In addition, the issue of compensation remains relevant for Belarus and for other recipient states.