Minsk-Kremlin: no recessions, no breakthroughs 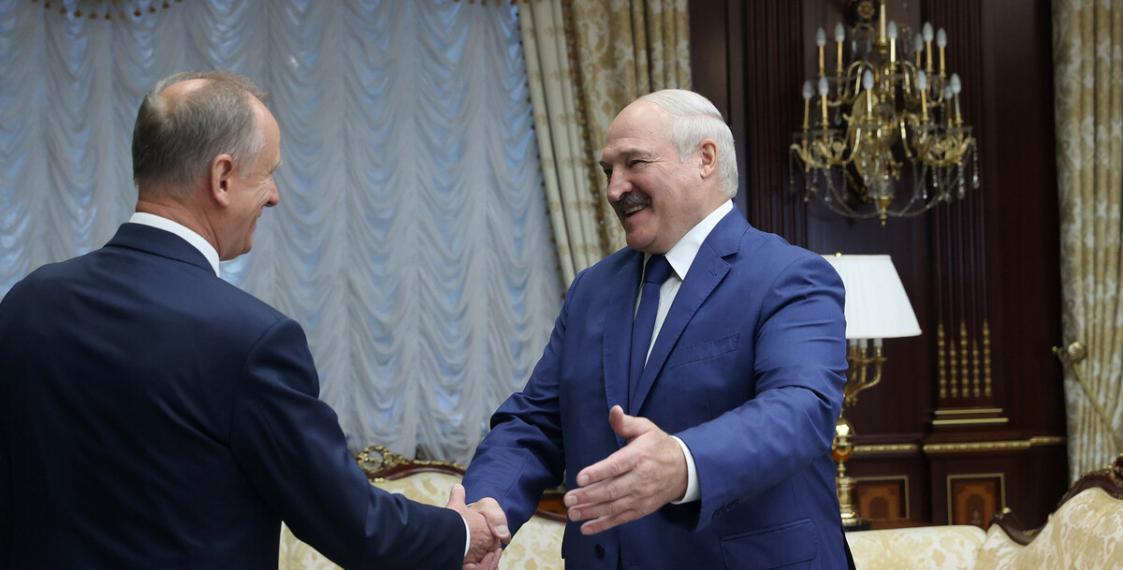 The next tranche of Western sanctions against the Lukashenka regime did not evoke much immediate reaction from the Kremlin as Belarusian-Russian relations are directed by overarching objectives and the political calendar.

On June 29-30, Nikolai Patrushev, the Chairman of the Russian Security Council, paid a scheduled visit to Minsk to meet with Belarusian officials. As expected, both sides assured each other of their fraternal bonds willingness to jointly confront the West. Mr Patrushev noted the particular importance of monitoring the activities of NGOs to guard against destabilisation, indicating that the talks encompassed plans and strategies to counter civil society in Belarus and Russia, as well as the expected security issues.

The forum of the regions of Belarus and Russia did not yield any significant publicly disclosed results beyond the expected statements about allied interests and readiness to develop and deepen cooperation. Moscow assured Minsk of support in light of the sanctions imposed by the EU but stopped short of making any specific commitments. It is likely that if the rhetoric is to lead to tangible measures, the format and conditions will be agreed upon during upcoming personal negotiations between Lukashenka and Putin.

The deepening confrontation between the Belarusian regime and the West is not yet of sufficient significance to the Kremlin to require immediate action. Moscow is increasingly inclined to regard access to the Russian market for Belarusian products within the framework of the Eurasian Economic Union as their primary contribution, rather than direct subsidy or financial assistance. Sharing of strategies and experiences for repressive practices is expected, given that both Lukashenka and Putin have important political campaigns underway.