Minsk and Moscow nibble around 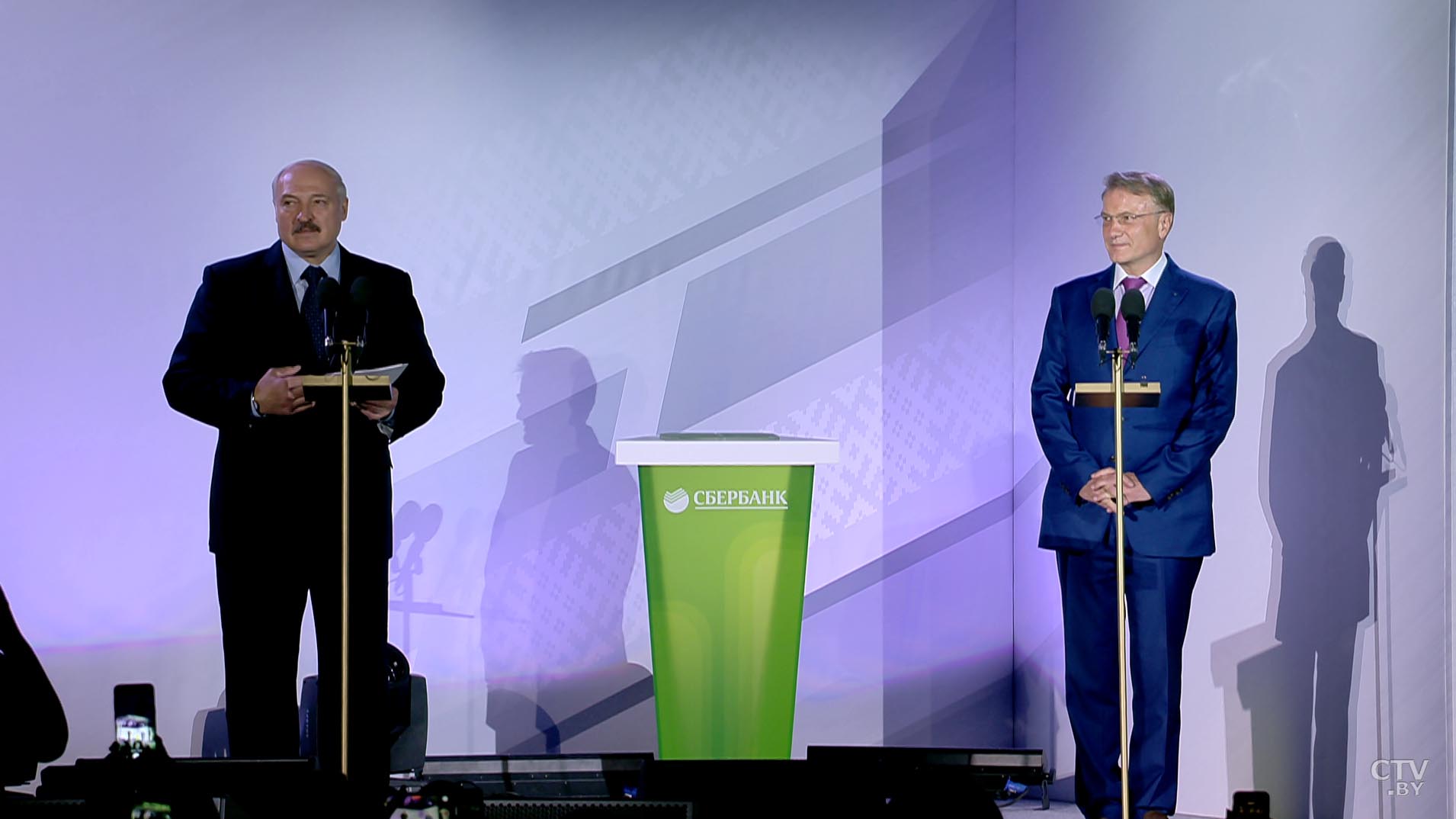 Last week, there were several high-level meetings between Belarus and Russia at the opening ceremonies of different memorials and art objects. The parties yet have not started bilateral negotiations, however, prospects for a new normalization are gradually emerging.

On July 3rd, German Gref, President of the Board at the Russian Sberbank, and Belarusian President Lukashenka participated in the opening ceremony of a multimedia fountain in Minsk, which was Sberbank’s present to Minsk on Belarus’ Independence Day. On the same day, Lukashenka invited Sberbank of Russia to participate in financing “large volumes of our economy”. “We want, as in Soviet times, to compile a list of innovative facilities to be introduced in the next five-year period. And we must agree on financing so that they do not turn into a long-term construction”, Lukashenka proposed.

Earlier, on June 19th, Lukashenka, in the context of the criminal proceedings against the Belgazprombank leadership, praised the work of Russian subsidiaries of Sberbank and VEB Bank in Belarus. He believes that the leadership of these banks is not connected with ‘puppet masters’ who were allegedly behind the actions of Tsikhanouski and Babaryka. And he has reasons to believe so, since every time he meets with German Gref, an important technical moment follows: Sberbank is the largest creditor of the Belarusian public sector refinancing debts of largest public enterprises.

The visit of German Gref may be considered as the first positive sign for Minsk in the eastern policy direction. Earlier, on June 30th, Lukashenka, further to an invitation by Putin, attended the opening of a memorial in Rzhev. Analysts concluded that his visit was ‘to no avail’. There were virtually no media reports about the presidents’ meeting. A few days later, the press secretary of the Russian president Peskov said that Lukashenka and Putin had “a brief conversation”, they discussed bilateral relations, integration issues and exchanged general views on international affairs.

Meanwhile, Putin has resolved the most important domestic political issue. According to Peskov, “de facto, a triumphal referendum on confidence in President Putin was held”. One of the amendments to the Russian Constitution stipulates the cancellation of all presidential terms of the current president and his predecessors, enabling Putin to stand for president in the 2024 presidential election. Having figured out his prospects, Putin now can focus on other issues, such as the EAEU development and the Union State of Belarus and Russia.

Allegedly, according to rumors, President Putin has promised to Lukashenka to visit Belarus for the opening ceremony of the Belarusian Nuclear Power Plant in Astravets. In any case, by August 9th, i.e. Election Day in Belarus, Russian-Belarusian relations would reach a new level of normalization, when parties resume talks on ‘hot-button issues’, including “integration roadmaps”, energy prices, Nuclear Power Plant construction loan and others.