“Masters of puppets” do not force developments 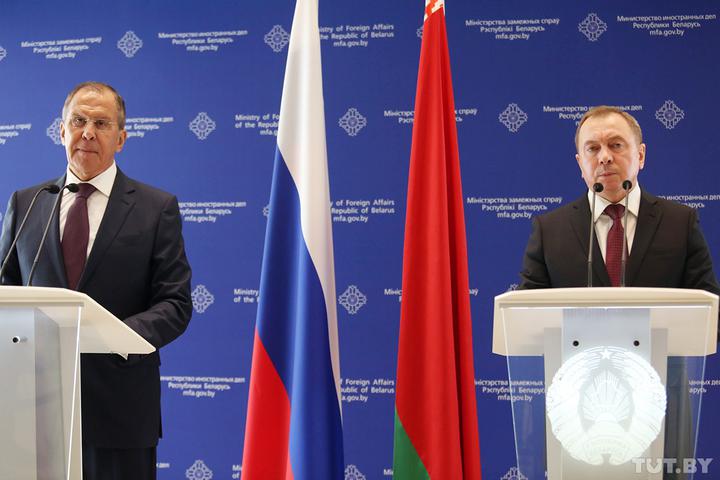 Amidst Minsk’s diligent attempts to prompt the Kremlin’s reaction, response or action, the latter remains stoic. Moscow is watching from the backseat what is happening in Belarus, which, allegedly raises concerns in Minsk.

The major event in over a year was that Makei and Lavrov signed an agreement on mutual recognition of visas between Belarus and Russia, which, as reported, would remove issues with third-country nationals crossing the Belarusian-Russian land borders. It took the parties two years to sign the agreement.

Contrary to assessments by some analysts that Moscow would come up with a symmetrical (or asymmetrical) response to the Belarusian leadership’s actions in the Belgazprombank (the actual Gazprom property), when he appointed temporary administration and an official to head this commercial bank, nothing like that has happened. The Kremlin also remained quiet when on June 19th, at a briefing related to the support of the real sector of the economy by the banking sector, Lukashenka refuted media allegations about the possible transfer of state-owned enterprises’ accounts from Russian daughter banks to Belarusian state-owned banks. However, as usual, he was ambiguous, and assured the public that the “Belgazprombank case” was one of the kind.

Hence, Moscow appears to be watching what is going on in Belarus from the backseat, which is probably making Minsk uncomfortable. On June 18th, State Control Committee Head Tertel said that “masters of puppets” among “big bosses in Gazprom, and maybe even higher,” were involved in the illegal activities of former Belgazprombank head, Viktar Babaryka. In response, the press secretary of the Russian president, Dmitry Peskov, succinctly summarized that the rhetoric about alleged “masters of puppets” should be “supported by arguments”. “Such accusations against international companies cannot be unfounded, they must be supported by arguments,” Peskov said.