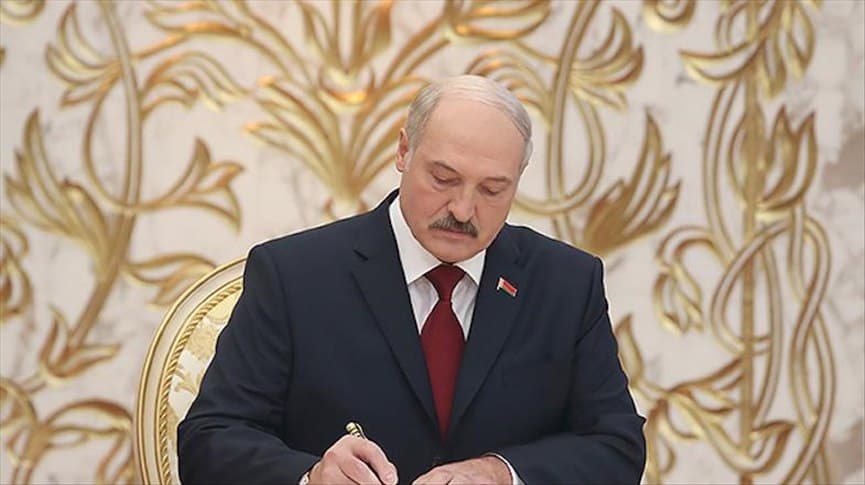 On May 9, Lukashenka signed a decree providing for a state of war or emergency to be declared in the event of his assassination, and presidential powers devolved to the Security Council pending new elections. The decree provides some guarantees regarding the transfer of power to the ruling elite and Russia, though they are not particularly strong.

The political purpose of the decree is to bypass the people in the event of a transfer of power and pave the way for Russian participation in a state of emergency or martial law. The full text of the decree has not yet been published.

The signing of the Decree on Victory Day would probably be intended to have symbolic meaning.

The ruling elites in Russia and Belarus have been trying to rewrite the history of WWII and Soviet Victory for years. They frame things as if the USSR fought alone, and modern Europe is heir to the fascist legacy and is once again threatening the peoples of the former USSR. At the Victory Parade in Moscow, President Putin said: “In the most difficult time of the war, in the decisive battles that determined the outcome of the fight against fascism, our people were alone, alone on the hard, heroic and sacrificial path to Victory.”

In the same vein, Lukashenka took the opportunity in his speech to characterise pro-European protesters against violence in Belarus as neo-fascists spreading lies.

Taking this subtext into account, the symbolism of signing the decree on this date is that the West and Belarusians with European values will not influence Belarusian policy. However, it is unlikely that the masses will understand this message as intended since it is a recent development, and the traditional Soviet narrative still dominates.