The Kremlin edges towards a rescue deal 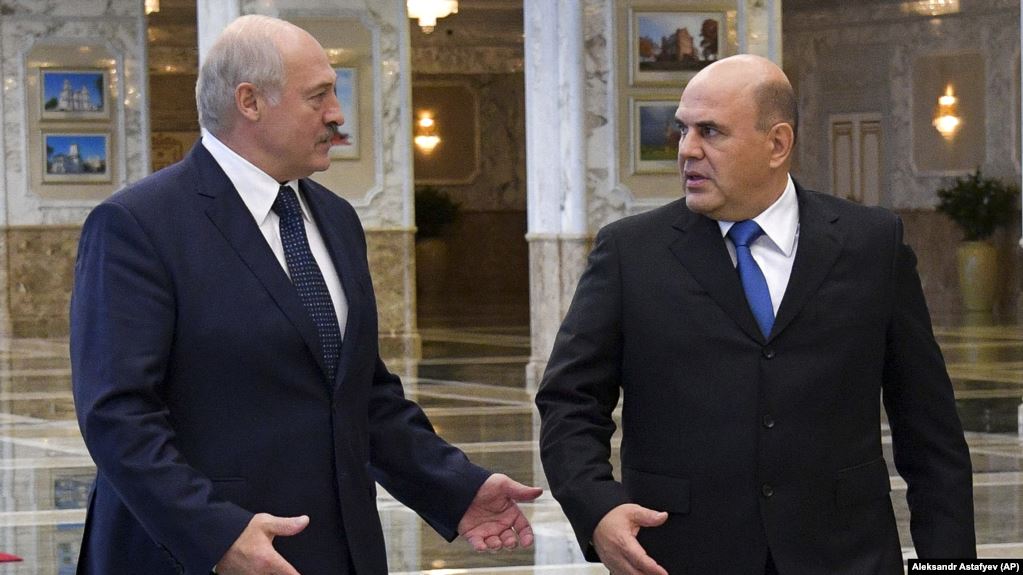 The outcomes of the negotiations between Lukashenka and Russian Prime Minister Mishustin were not disclosed, prompting a variety of speculations, from the takeover to Lukashenka’s replacement.

After Mishustin visited Minsk, President Putin held the Security Council meeting to discuss the outcomes of that visit and the upcoming visit by Lukashenka to Moscow.

Not much is known about the outcomes of the negotiations between Mishustin and Lukashenka. According to the Russian prime minister, “we have made progress on many issues, including the future of the Union State,” which, he added, should be built on two independent states.

Mishustin also said that the parties were discussing the lifting of trade restrictions and expanding cooperation in energy, industrial, sports and healthcare.

The abundance of vague generalities and the lack of any specifics after such a major visit (almost all key Russian ministers also arrived in Minsk) have opened the floor for a variety of speculations. Different analysts focused on unravelling the Kremlin’s plans, ranging from the political takeover Belarus and yet another reboot of the Union State to the possible replacement of Lukashenka a more “suitable” figure (in different combinations).

So far, the impression is that the Kremlin yet has not grasped how it can benefit from the current situation. In all appearances, they reckon that at this stage, a few words of support for Lukashenka and a few shaky promises would do.