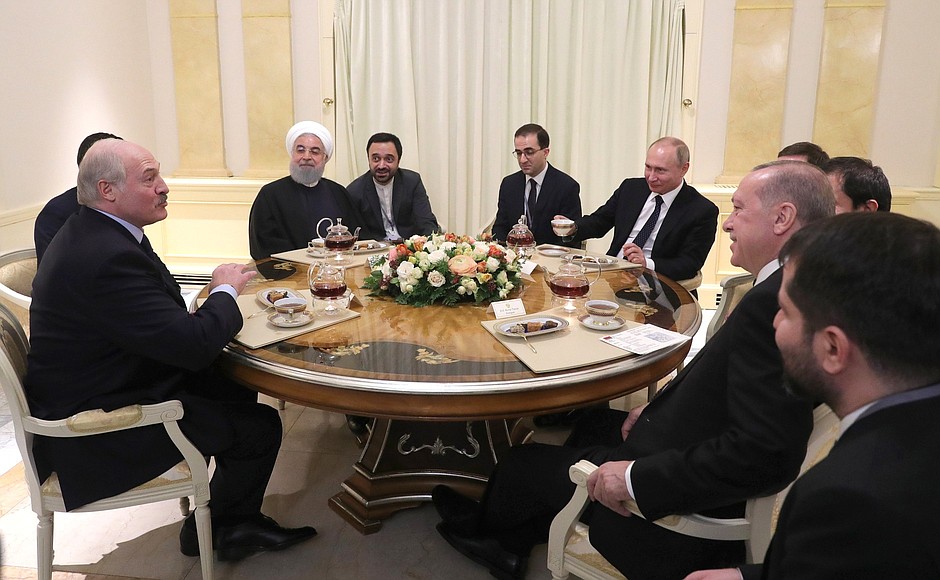 The three-day meeting of presidents and government delegations in Sochi neither led to concrete results nor changed the influence groups’ approaches to issues on the bilateral agenda.

As anticipated, meetings in Sochi did not lead to concrete agreements between the states except a few minor ones. The latter include an agreement signed on February 13th in Moscow (outside meetings) between the agricultural departments on the roadmap for resolving contradictions in sales of Belarusian foodstuffs in Russia, and an agreement to create a fund for joint cultural projects. Bilateral cooperation in cultural and humanitarian fields will continue, focusing on identifying symbols of union relations.

In addition to the joint search for the least conflicting cooperation areas, which could give a symbolic weight to the 20th anniversary of the Union State, the Sochi meetings pursued other reputational tasks which had been failed.

Demonstrations of good relations between the presidents, Lukashenka’s preference of meetings with Putin to the Munich security conference, the involvement of the Belarusian president in negotiations with the heads of Turkey and Syria on Russia’s side was not enough to close the reputational loophole. Only the official media (television and government news agencies) covered the meetings praising Russia’s integration successes. All other media continued to search for evidence of existing differences and mutual threats.

Various political and business elites have different and even opposing claims to the state of Belarusian-Russian relations and post-Soviet integration as such. A centralized policy could lift these claims only for a small part of political and business elites for a very short time. This indicates that political centres in Russia and Belarus are unable to re-monopolize the bilateral agenda.