The Eurasian Economic Union: four solos and no chorus 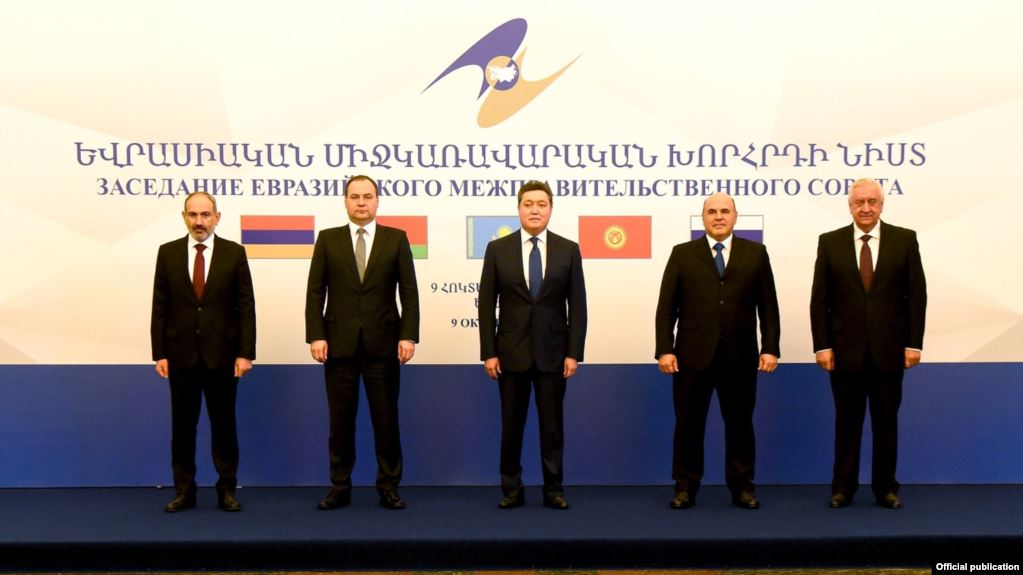 On October 8th, Yerevan hosted the Eurasian Intergovernmental Council (EAEU) meeting, during which four of the five members (Kyrgyzstan had a valid excuse to be absent) shared their views on recent developments in the region, with each participant highlighting their particular pain points.

Russian Prime Minister Mishustin reiterated that the EAEU development strategy to 2025 was generally agreed upon, with the digitalization of the EAEU among the priorities.

Belarusian Prime Minister Halouchanka suggested that a common energy market should be a priority for the EAEU, with a non-discriminatory approach to pricing, tariffs, and access to services and resources of natural monopolies. Halouchanka also proposed that the EAEU agree on the uniform and understandable cross-border trade regulations, revealing to observers that such rules do not currently exist.

Kazakhstani Prime Minister Mamin supported the line of his Russian counterpart, proposing that a “tax and customs space of trust” be created within the EAEU based on an integrated digital platform and electronic data exchange between tax and customs authorities.

Armenian Prime Minister Pashinyan, in turn, lamented the difficult times for Armenia and expressed hope for hostilities in Nagorno-Karabakh to end.

However, the EAEU intergovernmental meeting was interesting not so much because of the issues discussed, but due to the overall situation in the EAEU region. Armenia is involved in a confrontation with Azerbaijan while Belarus and Kyrgyzstan face a political turmoil. Only two of five EAEU members, Kazakhstan and Russia, (if one omits Khabarovsk from the equation), retain relative domestic stability.

That said, the Russian leadership is likely to feel some discomfort, being unable to demonstrate its undisputable leadership within the union. Moscow would not want to get involved in a confrontation with Baku and therefore cannot support Yerevan; it can only contribute a little to keep the current Belarusian president in power, and it is not sure what cards to play in Kyrgyzstan. Hence, Russia has plunged into digital technologies.