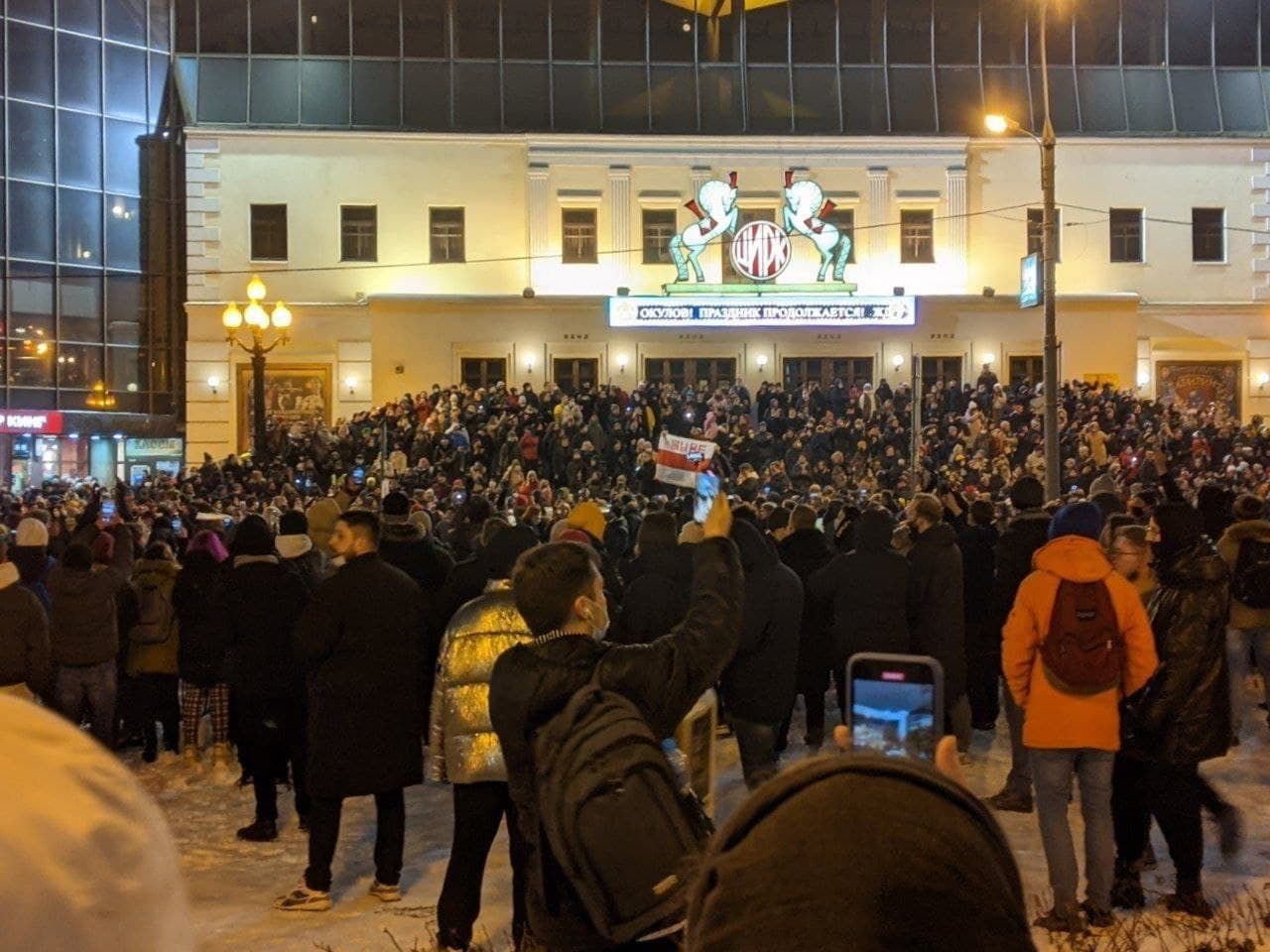 The shared information space between Belarus and Russia has put protests in Russia against Alexei Navalny’s arrest at the centre of bilateral relations.

On January 23, crowds in at least 60 Russian cities rallied in protest against Alexei Navalny’s arrest. Navalny returned to Russia after recovering and recuperating from Novichok poisoning and was immediately arrested. The following day he released a film about Putin’s palace, which was watched by almost 70 million people.

January 23 became a [genuine] people’s day of Russo-Belarusian friendship. Belarusian people took to the streets in Minsk, and other cities supporting Russians and Belarusian flags were seen in many Russian cities, while Belarusians and Russians [both communities] engaged in extensive information sharing and expressions of mutual solidarity and encouragement on social media.

The reaction of the authorities was typically authoritarian. All-day, official media remained silent regarding the existence of protests, but in the evening, they reported that security officials had been injured while policing demonstrations.

Putin is copying Lukashenka’s tactics in many ways, but Lukashenka is unlikely to copy Putin and offer help with security forces, money, and propagandists.