Belarus-Russia: Forum of the Regions and final agreements on mutual trade quotas for petrochemicals and foodstuffs 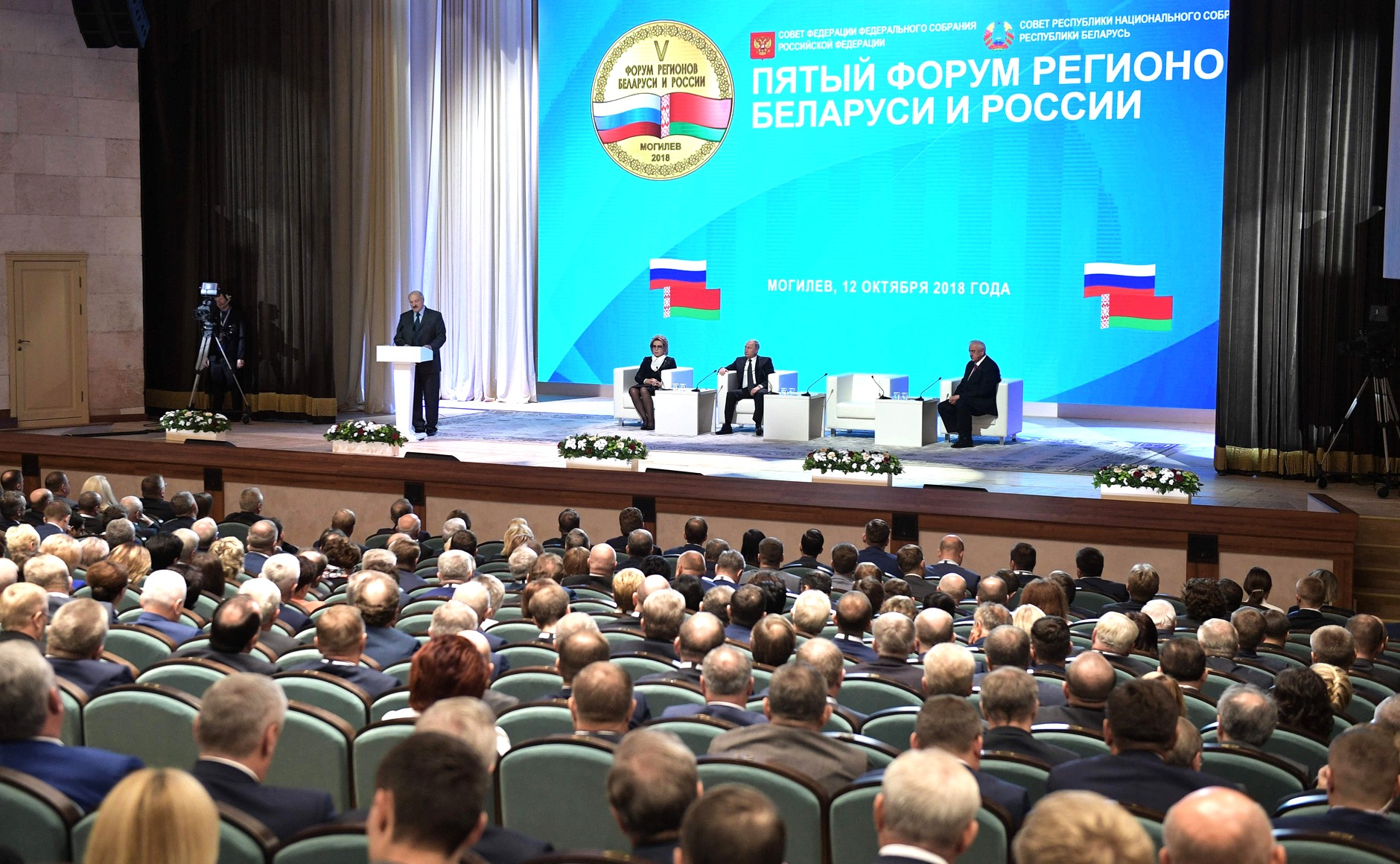 On October 12th, 2018, Forum of the Regions of Belarus and Russia was held where the presidents, regional leaders and key industry players considered ways to extend cooperation. On the same day, agreements on trade in petrochemicals and foodstuffs have been concluded.

Forum of the Regions of Russia and Belarus is an annual event, held in different cities of Russia and Belarus; this year’s, held in Mogilev, was the fifth one. Forum is deemed to promote union relations and become a platform for establishing direct contacts between the regions and finding common interests. During the Forum in Mogilev, some agreements were signed. In addition, Putin spoke about the Belarusian NPP construction, noting that all deadlines had been met, and announced the establishment of the Centre for Nuclear Science and Technology.

Talks on the supply of petrochemicals to Belarus concluded with an agreement. Belarus lost her point in processing dark petrochemicals and liquefied gas – the agreement quoted zero balance on these items. That said, shortly before this, some Russian companies were empowered to supply these Russian goods directly to Ukraine. So far, further details of the agreements on the supply of petrochemicals were not disclosed, however, according to preliminary calculations, the Belarusian budget is likely to be shortfall in profits at some USD 100-150 million by late 2018.

Due to some bewilderment in the media about the subject of the conflict and the compromise agreement, it is important to note that the resale of petrochemicals was an additional source of income for Belarus, the dispute was never about the principal source of income in the oil industry – e.g. refining of the Russian oil and exporting Belarusian made petroleum products. In addition, Belarus’ losses, which are insignificant amid overall trade with Russia, are likely to be offset by the growth in demand for principal Belarusian export goods on the Russian market. In other words, expectations of the economic collapse or extreme difficulties in Belarus due to disagreements with Russia are significantly exaggerated.