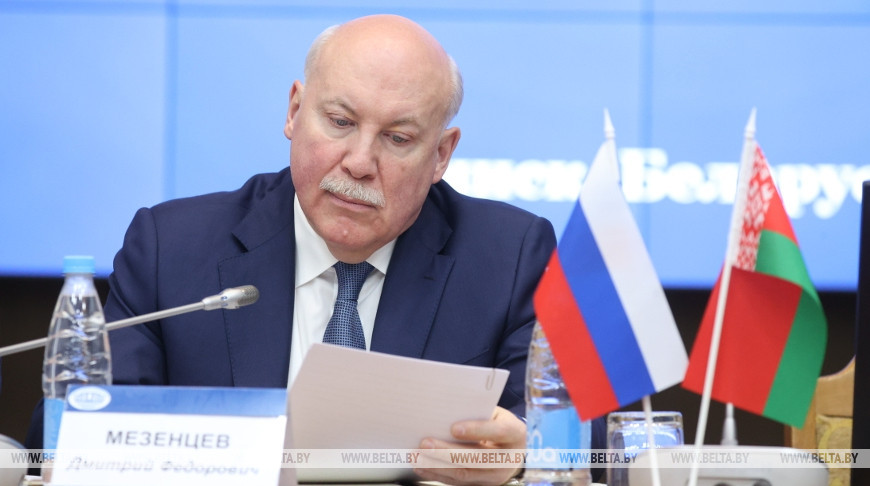 The Eurasian Economic Commission (EEC) reports the completion of the formation of the EEC common market. Meanwhile, the dormant integration of Belarus and the Russian Federation into a “Union State” is 50% complete. Russia is coming to the aid of the Belarusian oil industry, which has lost the premium Ukrainian market and sales to the West.

At the Eurasian Economic Forum held in Baku (October 27-28th), the EEC Commission Minister in charge of Integration and Macroeconomics, Sergey Glazyev, stated that the formation of the EEC common market is almost complete and work is currently underway to form a common union strategy. The main emphasis is to create conditions for advanced economic development using new technology, although this is difficult to achieve without international cooperation. This statement has particular significance with Russia subject to Western sanctions on all sides.

Minister of Economic Development, Maxim Reshetnikov, announced that lists of investment projects had been compiled to increase joint investments and cooperation in the EEC. He mentions a list of 160 industrial initiatives, both planned and ongoing, with a total investment of USD 270 billion, as well as 70 in the agro-industrial area amounting to USD 6.5 billion. The problem of attracting investment is proposed to be solved by concluding an international agreement on the creation of free trade zones with Vietnam, Serbia, Singapore, China, Iran, etc. How actively investors will invest in a country that is at war and hints at using nuclear weapons is not mentioned.

Belarusian-Russian integration was mentioned after a long pause. Speaking at the VIII Belarusian Space Congress[1], the State Secretary of the “Union State”, Dmitry Mezentsev, reported that 50% of the implementation programs are complete. Preliminary work will begin on proposals forming the basis of the next tranche of programs, predicted to “start working from 2024”.

It isn’t easy to estimate the actual state of development of these projects and when formal implementation will begin. In the past, officials have repeatedly stated that the roadmaps preceding the programs are almost 99% complete and merely await political decisions. Then, as a rule, another round of rapprochement begins, moving integration to a “new level”. At this stage, integration with its import-substituting aspects is clearly geared toward addressing provincial hopelessness.

An up-to-date general summary for all integration initiatives of the post-Soviet committee with the participation of Russia and Belarus would be an excess of applications, announcements, and projects but a radical deficit of concrete results.

In principle, trade and economic cooperation between the countries continue to thrive without “Great Integration”. In particular, Russia has decided to rescue Belarusian oil refining and intends to support Belarusian oil refineries. Russia will subsidise the fuel supply from Belarus to the Russian Federation, which was previously unprofitable (due to sanctions pressure and the loss of the premium Ukrainian market).

The subsidy mechanism is designed to stabilise the cost of fuel in the domestic market during oil price fluctuations. Russian refineries receive compensation of 65% of the delta between the export and fixed (domestic) fuel price.

For example, Rosimushchestvo’s-owned Promsyryeimport buys fuel at high prices from Belarusian refineries, then sells it on the Russian stock exchange SPIMEX. The Russian state budget compensates the price difference. The amount of compensation for the supply of Belarusian diesel fuel with the current (small) volumes of supplies may amount to USD 6-7 million / month. A helpful gesture which does not, however, radically change the current position of the Belarusian oil industry.

Vladimir Putin, meanwhile, made a speech at a meeting of the Valdai Discussion Club, apparently making a special effort to say almost nothing about Ukraine while quoting Solzhenitsyn and Dostoevsky. The meaning of his statements would not change if the expression “social and technological progress” were used in place of “collective West”. Putin also insisted that the special operation in Ukraine was going according to plan, although it was not possible to explain what this plan was.