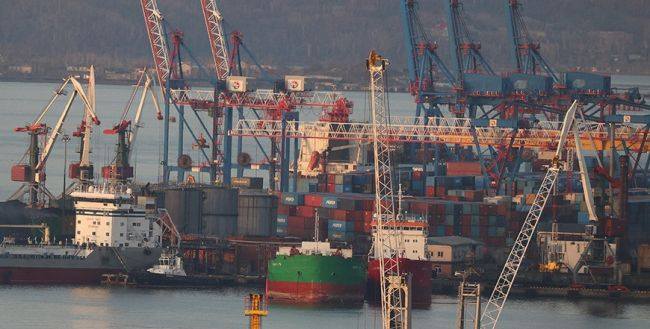 The Russian and Belarusian governments announce several agreements on the transhipment of Belarusian goods General Principles of Indirect Taxation. By the end of 2022, both parties anticipate a record volume of bilateral trade.

On September 15th,  Alexei Lyakhnovich, the Belarusian First Deputy Minister of Transport and Communications announced that Minsk and Moscow are developing an agreement on the transhipment of Belarusian goods through the Russian Federation. He stated that this will involve major logistical transformations due to the sanctions imposed against Belarus, with the transportation distance of Belarusian goods increasing significantly from 600 km through the Baltic ports in Lithuania and Latvia to 1000+ km. “This required new non-standard solutions from us”, Lyakhnovych stated.

From time to time, Belarusian businesses announce plans to increase supplies to the Russian market, most recently, Belarusian rubber. Last week the management of the Belarusian/Chinese joint venture “BelGee” announced plans to ship 15,000 Geely cars to Russia by the end of 2022. General Director Gennady Svidersky assured his audience that Geely cars are in demand in Russia, where 80% of cars produced are exported.

Given the global redirection of Belarusian transit and exports towards Russia, it is not surprising that by the end of 2022, the parties expect to break bilateral trade records, with a zero export-import balance. This was noted with satisfaction by the Ambassador of Belarus to the Russian Federation Dmitry Krutoy and Deputy Foreign Minister of the Russian Federation Andrei Rudenko during their meeting on September 12th.

The overall macroeconomic picture is somewhat different. The monthly review of the Eurasian Development Bank predicts a 5-6% fall in Belarusian GDP by the end of 2022. The EDB May forecast was even less optimistic, envisaging 6.5% contraction. Meanwhile, the BEROC centre published a report “Monitoring of the Economy of Belarus”, during the presentation, of which economist, Dmitry Kruk, predicted a year end GDP decline of 6%.

The 131 page draft treaty on the General Principles of Taxation on Indirect Taxes (VAT and Excise Duty) between Russia and Belarus has been published. According to the drafters, the principles described should eliminate distortions and inequalities of indirect taxes between the parties and simplify doing business in the “Union State”. Russia and Belarus are expected to align legislation relating to VAT and excise duties with the treaty by January 1st, 2023.

On September 14th the State Duma of the Russian Federation ratified protocols for the Baranavičy and Viliejka military facilities, extending “free of charge” use of these Belarusian military facilities in line with measures approved by Belarus in March 2022.