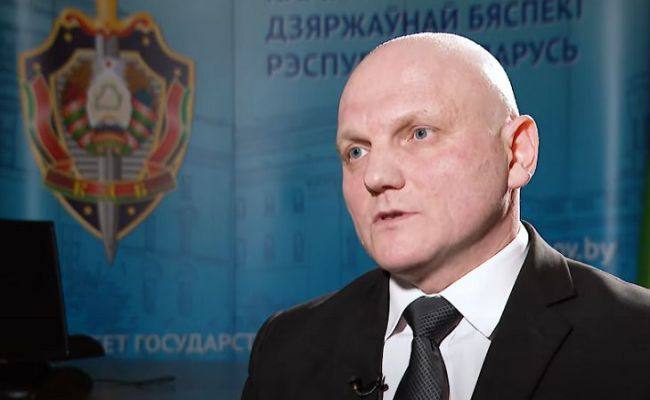 Minsk continues exaggerating threats from the West while the administration’s defects manifest themselves more clearly and distinctly. Significantly, Minsk praises the “import-substituting” loan – indirect evidence of the absence of a new Russian loan shortly.

On November 1st, Ivan Cierciel, head of the Belarusian KGB, stated that his organisation was aware of specific Western plans for military incursions into Belarusian territory from Poland. The “Western threat” is a common theme in statements from the Belarusian and Russian regimes, also raised by Vladimir Putin during the Valdai Forum (which, as usual, was not held at Valdai)

Such statements represent a significant change in emphasis compared to February when high-ranking officials and analysts like Dzianis Melyantsov believed in some variant of taking “Kyiv in three days”. Some people begin to believe in their propaganda.

At first, the enemy is seen as weak and demoralised (under the guise of Ukrainian nationalism) but then suddenly transforms into an irresistible power (in the form of the global West). Regimes like Russia and Belarus are doomed to defeat because they cannot accurately identify enemies or realistically assess their potential.

Who exactly are Putin and Lukashenka facing now? Internal opposition, systemic saboteurs, the external diaspora, Ukraine, Poland, the Baltic neighbours, NATO countries, the British Crown, Euro-Atlantic civilisation, democracy, social and technological progress? V. Makei, the curator of the Belarusian foreign ministry bureaucracy, recently characterised the problem as “enemies everywhere” except in the east. However, that isn’t accurate either.

Meanwhile, Lukashenka promised the public another meeting with Putin in the near future to summarise developments and discuss integration issues. He once again praised the Russian loan of USD 1.5 billion, as if hinting to the Kremlin that unlike wagons of weapons from Belarus, funds from the other direction arrive much more slowly.

Later, on Friday, November 4th, the Belarusian resident announced that Russia and Belarus intend to create a joint satellite constellation capable of “viewing an object of 35 centimetres from a height of 500-600 kilometres.” Such a system will have non-military applications, although he did not elaborate on what these might be.