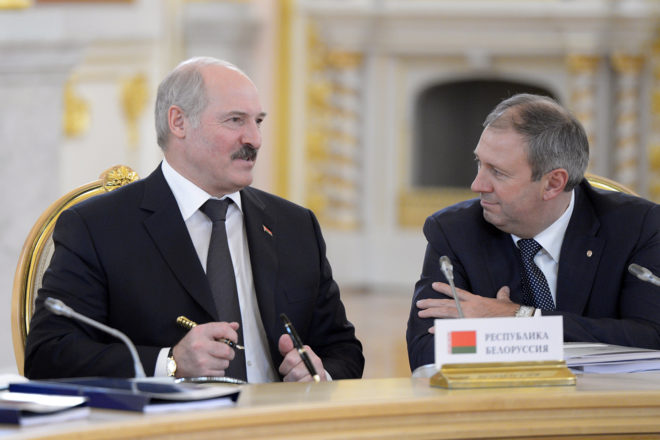 Key political and economic trends from 2018 included constrained economic transformations; coercive pressure on the opposition, independent media and trade unions; and persecution of government officials for corruption. The so-called reformists in the government strengthened their positions while the influence of agro barons and industrialists subsided. In domestic politics, the influence of liberals from the Foreign Ministry gradually reduced in favour of the power bloc.

The president attempted to tighten control over domestic agenda through appearing more frequently in the media. The Administration enhanced pressure on government officials to improve the performance of the public sector and occasionally resorted to micro-management. After the local elections, the president further rotated his executives, especially in those regions where protests against the decree on social dependents were most popular. Despite frequent talks about a possible referendum, the Belarusian leadership decided against it. Most likely, due to the fears of overly politicizing the population amidst general discontent with social and economic policies and not improving standards of well-being.

Lukashenka attempts to reach out to new social groups

In addition, amid reduced social protection, the Belarusian leadership attempted to recruit new supporters by reaching out to new social groups, which never aspired or relied on state support, such as, for example, politically indifferent IT workers. Furthermore, the authorities attempted to lower the ideological confrontation with the National Democrats by authorizing a large-scale concert on March 25th to celebrate Freedom Day. Meanwhile, the Belarusian leadership’s attitude towards the Belarusian People’s Republic heritage remained controversial.

The market-oriented government works in a rigid framework

Throughout the year, the economic authorities pursued a responsible monetary policy and restrained appetites of industrialists and farmers for state support. That was facilitated by President Lukashenka’s disappointment not only with the results of the previous massive modernization but also by the state managers’ inability to complete even pilot projects. For instance, after a visit to the Orsha district, which was identified as a pilot project for re-industrialization, the president dismissed Industry Minister Vovk.

Ultimately, all that led to a new government headed by a supporter of market reforms. Prime Minister Sergei Rumas and his deputies are relatively young (all approaching their 50s), they promote financial discipline and levelling of structural imbalances in close cooperation with international financial institutions. However, while the government embarked on gradual economic transformations and expanded opportunities for private business, it was constrained by a rigid framework not allowing any changes in the public sector of the economy. Finally, the authorities demonstrated readiness for progressive steps in decriminalising business activity and reforming the tax code.

Reforms caused by the lack of state resources

The updated framework for relations between business and the state envisaged the loyalty of large entrepreneurs to the state. Due to an informal agreement, the state would not interfere with large businesses if the latter abandoned any plans to engage in political activity. For example, large private retailers (Euroopt, Tabak-Invest) were allowed to expand to rural areas in order to remove the financial and social burden on the state budget. Such transitory economic model featured reactive approaches, that is, reforms were carried out when they were already inevitable due to the lack of public funds. To this end, Sergei Rumas’ economic development programme included lowered state support for the public sector and reduced cross-subsidies for housing, utilities and electricity tariffs.

The political weight of the Foreign Ministry in the Belarusian power system somewhat reduced, which was evidenced by significant staff reductions. In January 2018, the ‘optimization’ of the ministry ended, reducing its staff by one third and funds by 15%. It also launched a trend towards diminishing influence of the Foreign Ministry on the domestic political agenda. Amidst Minsk’s desire to settle relations with the West, diplomats were interested in curbing the law enforcers’ repressions.

Simultaneously, the funds available to different power agencies increased by 17% to 26%. Throughout the year, security forces built up pressure on the opposition, trade unions and independent media.

Pressure means varied from high fines to detentions and arrests

Pressure means varied from high fines to detentions and arrests, criminal prosecution of the REP trade union leaders and leading online media (the “BelTA case”). Albeit the REP leaders, Gennady Fedynich and Igor Komlik were given relatively mild sentences (four years of restriction of liberty without imprisonment), the authorities managed to weaken the independent trade union movement.

The total amount of fines handed to supporters of street activity and BelSAT journalists amounted to a record high USD 75,000. In late 2018, law enforcers focused on opposition parties. Thus, the authorities deported the UCP press secretary, Krasulina, although the court later reversed the deportation.

As the authorities lacked resources to retain a relatively good social protection level and to improve people’s well-being, the positions of the power bloc had strengthened. Perhaps, the authorities would be able to report the average salary at BYN1000, however, most likely it would be due to the usual December payments and bonuses.

The authorities held anti-corruption purges in some sectors and areas of public administration: agriculture, energy, medicine, in local and city level executive administrations and among managers of public enterprises. Their major purpose was to discipline resource-intensive industries and reduce their lobbying capacity for state support.

Institutional strengthening of political parties in the power system

The local elections evidenced a cautious trend towards the institutional strengthening of parties in the power system: a part of the establishment put forward such a demand. Meanwhile, the authorities’ strategy during the campaign was to hold elections against the background of depoliticized society, so as not to prompt voter interest in candidates or alternative socio-economic agendas. According to the election results, opposition parties did not win seats in local councils, while pro-government parties doubled their representation to 470 deputies (the Communist Party of Belarus, the Republican Party of Labour and Justice, the Liberal Democratic Party, the Social-Democratic party People’s Accord). While that was a small percentage of the total number of deputies, party-affiliated deputies won seats primarily in the Minsk City Council, regional and district councils, which enjoy more power as compared with local councils.

In addition, more than 6,500 members of the Belaya Rus quango became local deputies, which increased their representation by 9% up to 36% of the total number of deputies. Moreover, in 2018 Belaya Rus members abandoned their idea of becoming a political power (most likely temporarily). Perhaps this was due to a massive anti-corruption purge and the president’s pressure on the executives and most active officials.

The authorities revised their information policy. As of early 2018, access to Charter 97.org website was blocked. The authorities also amended the Media Law, introducing the registration of online publications and the mandatory identification of commentators on websites. Throughout the year, law enforcers launched several show-cases against commentators in social media, in an attempt to discipline a politicized Internet audience. Security forces opened a criminal investigation against representatives of popular independent media (TUT.BY, BelaPAN, etc.) – the so-called ‘BelTA case’. Although later charges against all but one journalist were requalified as administrative, the authorities achieved their primary task of enhancing self-censorship in the online media.

The president rejuvenated the media leadership in an attempt to boost the ideological work and improve his online image. The authorities attempted to respond swiftly to high-profile issues popular in social and online media. Nevertheless, the authorities continued to pursue measures which could lead to undesired results amid high discontent in society with the state policy, e.g. the authorities started enforcing an updated version of the decree on social dependents.

– the authorities may suspend institutional transformations and delay the strengthening of other (than the presidential) power institutions, such as parliament and political parties