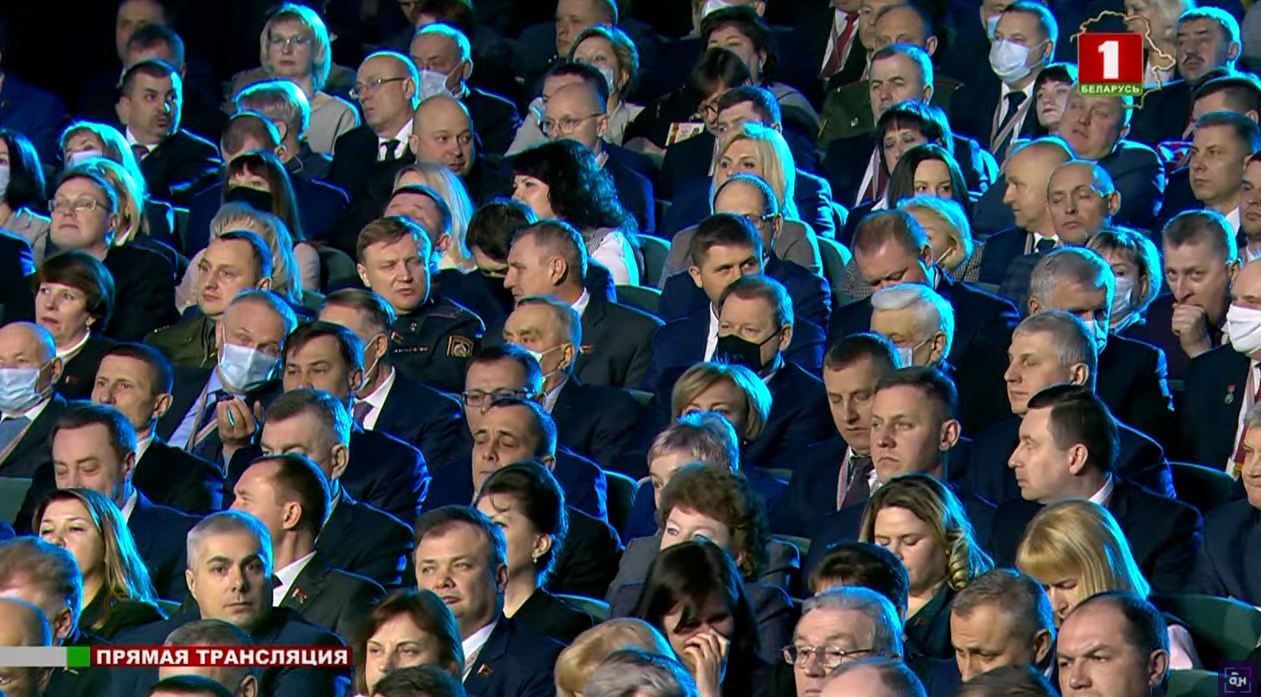 The regime is containing discontent due to the declining economy with repression, preservation of public sector employment, and distancing itself from Russian mobilization related to the war in Ukraine. Lukashenka is trying to defuse tension domestically by hinting at dialogue with dissidents, primarily to mitigate sanctions and restore contacts with Western capitals.

Lukashenka is delaying plans to transform the regime from one-man to collegial rule. The draft law on the All-Belarusian People’s Assembly was finalised in September this year but has not yet been submitted to parliament.

The government announces positive expectations for economic recovery, echoed by survey results from the population. The head of the Ministry of Economy, Aliaksandr Charviakou, claims that the economic trajectory is one of recovery and growth, projecting GDP growth of 3.8% in 2023. However, Belarus’ foreign trade remains in the red for the first eight months of 2022, and real wages continue to fall.

The government intends to drive growth in the consumer market and support the public sector by resuming lending to the population. Belarusbank has reduced interest rates on loans for the purchase of domestically produced goods and housing construction.

The security forces continue to strengthen their position in the state hierarchy. In future, the Ministry of Labour and Social Protection will pass information on dismissals and hiring to the Ministry of Taxes, the State Border Committee, and also the Ministry of Internal Affairs.

Punitive private sector fines and surcharges continue. State Control Committee inspected private meat enterprises in the Minsk region, temporarily suspending the operations of one of them.

The former deputy of the House of Representatives Anna Kanapatskaya is in active communication with Western diplomats and politicians regarding a proposed amnesty.

State authorities are formalising a “constructive” opposition in reaction to growing support for the forceful removal of the Lukashenka regime among supporters of change.

Indoctrination of the younger generation and inculcation of loyal behaviour by parents remains a regime priority. Tax authorities conduct training sessions with schoolchildren on paying apartment tax with homework on working with parents and relatives.

The Belarusian leadership attempts to form a “constructive” opposition to resume contacts with Western capitals and weaken the positions of supporters of forceful regime change.