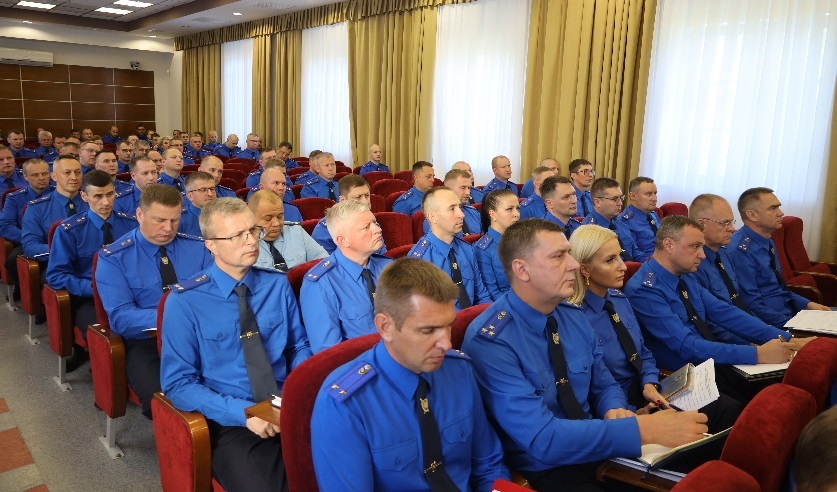 The government is exhibiting optimism about economic recovery. Political and social activism costs remain high, leading to imprisonment and fines. New legislation enforces an ideological monopoly and imposes censorship of dissent in the cultural sphere.

Security forces engage in mass persecution of opponents with stricter penalties for protest movement activists. The Ministry of Internal Affairs has already designated eighty groups as “extremist”, and the list continues to grow as organisations with a long history – such as the “Young Front” – are added. More than eleven thousand prosecutions for “extremism” have been initiated against protest movement activists. Repression of relatives of opponents of the Lukashenka regime continues, and the list of political prisoners is regularly updated.

The regime is strengthening restrictions on dissent in the cultural sphere, including theatres, museums, and libraries. Lukashenka signed amendments to the “cultural code”, strengthening censorship and establishing arbitrary control by officials over private activities, such as family holidays.

The government is optimistic about the economic situation due to stability in the monetary and financial markets and a favourable foreign trade balance. The GDP decline rate aligns with regime expectations for maintaining control over the socio-political situation and mitigating population discontent.

Public confidence in the banking system is recovering, and deposits are increasing.

Officials are increasingly returning to direct control of the economy and price regulation. Lukashenka vetoed a rise in milk prices despite the deteriorating economic position of state-owned companies and interruptions and shortages of dairy products.

Regime supporters of import substitution and large-scale interventions in the public sector to combat sanctions and falling GDP are strengthening their positions as inflation reaches 18%. Lukashenka ordered the production of food packaging by the end of the year. Officials want to replace USD 8 billion of imports from “unfriendly” countries with domestic products.

The ruling class is increasing surcharges to shore up budget revenue at the expense of the population, despite the deterioration of transparency and accountability to taxpayers. The authorities are counting on forceful suppression of discontent and imposition of ideology on active population groups.

Shortly, leaders will increasingly resort to administrative measures to regulate the economy, restrain prices, and supply the domestic market with products. The authorities can also resurrect the practice of nationalising businesses, especially where foreign investors are involved.