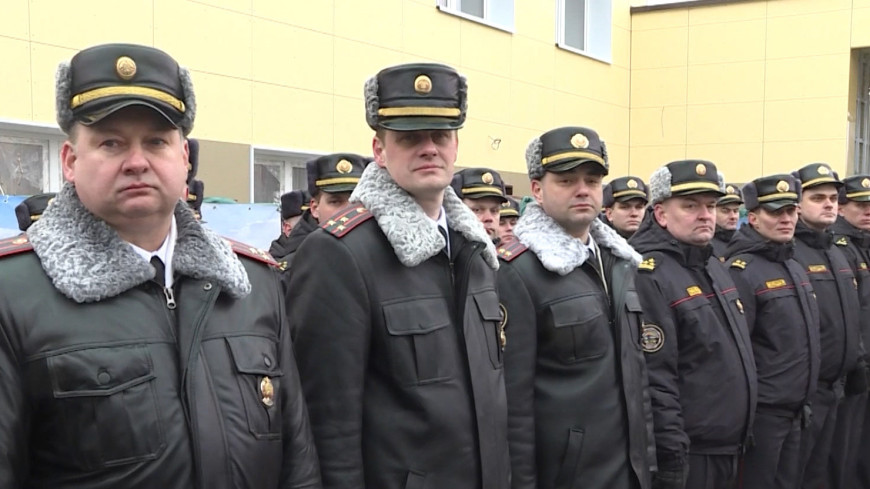 As political campaigning for parliament, local councils, and the All-Belarusian People’s Assembly is due to begin, the authorities are carrying out a significant purge of dissidents and activists of the pro-democracy movement. Taxes, fines, and surcharges on businesses and the middle class raise funds to support the state sector and ensure the state apparatus’s and security forces’ loyalty.

Tax increases are carried out piecemeal, targeting different groups to avoid mass protests. Officials plan to increase the business tax rate from 18% to 20% and significantly increase income tax rates for certain classes of people, including entrepreneurs and the self-employed.

Excise duty rates on cigarettes and alcohol are increasing markedly, and a new tax on “social parasites” is under consideration, as is increasing the tax on dogs.

The regime refuses to buy loyalty by raising wages. Average salaries in October were almost unchanged compared to September.

Lukashenka travels the regions, meeting with regional officials and attempting to align the state apparatus around external threats.

Authorities continue to regulate the economy actively and threaten businesses with reprisals due to the reduced range of goods on store shelves. Meanwhile, efforts to correct the consequences of Lukashenka’s intervention in price regulation continue. Ministry of Antimonopoly Regulation and Trade has once again introduced changes in price regulation in response to monitoring prices and the range of available products

However, dialogue between the leadership and the population continues to diminish, and criticism of the state is persecuted.

Despite the economic downturn, the government claims to be optimistic about prospects as the Deputy Prime Minister announces to the state media that the Ministry of Industry reports stable growth.

The number of protest movement activists classified as extremists and terrorists now exceeds 2000 persons as detentions, arrests and persecution of opponents of the Lukashenka regime continue. Courts impose lengthy sentences on dissenters, and security forces continue to purge regions and state-owned enterprises of supporters of the democratic movement.

Another campaign to depoliticise supporters of change with repression and prosecution is underway to clear the way for political campaigning for the representative bodies of the Lukashenka regime.