2022: A reactionary regime consolidates around Lukashenka 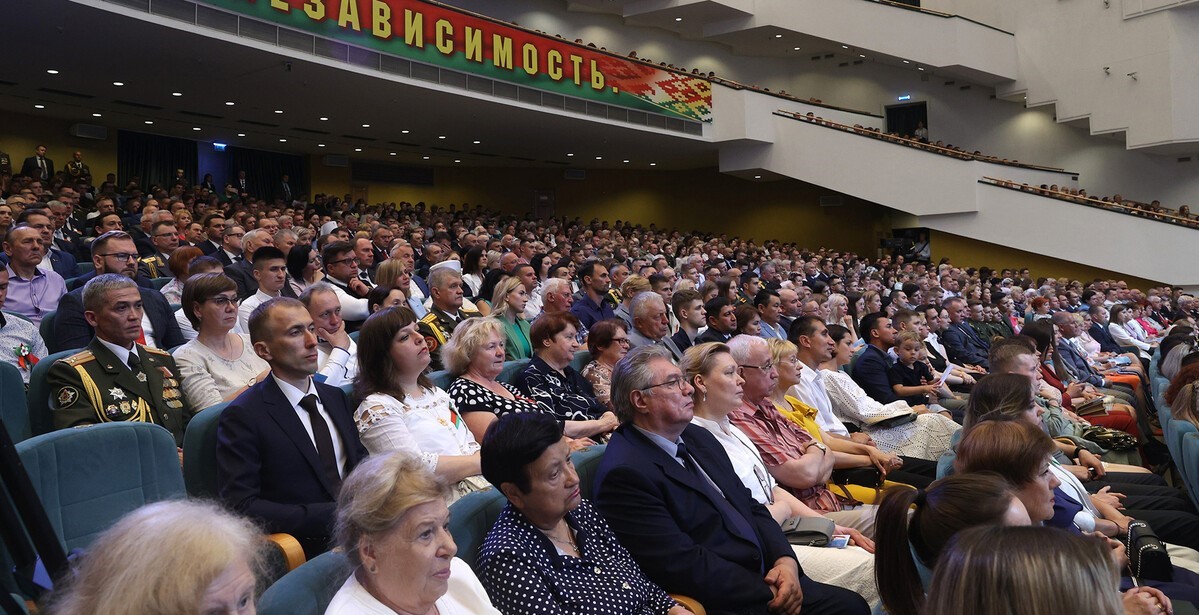 In 2022, the Belarusian establishment partially restored public trust in state institutions with populist policies and repression of opponents against the background of the Russian invasion of Ukraine. The uniformed agencies retained control of civilian agencies, strengthened ideological control of the public sector and budgets, and restored Soviet practices of cultivating loyalty from the population. The government and the National Bank kept the economy from collapsing despite sanctions and the loss of exports to Ukraine and the EU, with the slow decline in living standards judged by the majority as an acceptable price for not involving the Belarusian army in the Ukraine war.

Restoration of public trust in state institutions came at the expense of:

The regime consolidated power and the state sector around the autocratic leader, strengthening the personality cult and postponing the transformation and development of other state institutions.

Legislative and political changes intensified in the second half of the year once the first President of Belarus had strengthened his personal position and regained the trust of the population. Previously, under the pressure of circumstances, Lukashenka spoke vaguely about transforming the personalist regime into a more collective government with redistribution of power; however, actual reform fell victim to procrastination.

Consolidation of public trust around the autocrat was ensured by redistributing funds from the middle class in favour of the uniformed agencies, state employees and the state sector of the economy.

Lukashenka strives to maintain a high state presence in the economy. The number of beneficiaries of state redistribution is decreasing but remains large. The most significant recipients of state benefits are pensioners (about 2.4 million) and state employees and public sector workers (about 1.6 million or about 38% of those economically active citizens).

Despite benefits and large-scale redistribution, the rate of public sector employment decrease will decrease year by year, as will the number of pensioners, partly related to an increase in mortality due to covid (for which the authorities concealed the statistics), increasing the pensionable age and a reduction in pension guarantees.

Throughout 2022, the regime’s security forces depoliticised society, deterred supporters of change from social and political activism, and demotivated the protest movement with repression (arrests, criminal cases, harsh court sentences with long prison terms), extending persecution to the families of activists of the pro-democracy movement.

Throughout the year, a punitive operation against demonstrators in 2020 was conducted to deter the future mobilisation of street protests. By the end of the year, over 2,000 activists of the protest movement were officially listed as extremists and terrorists.

The Belarusian establishment limited regime critics’ political, civil, and social rights with fines and property confiscation, and legislators significantly strengthened repressive legislation. By the end of the year, the authorities moved to deprive Belarusians of their citizenship for “extremist activities”, which amounts to any active civil position or criticism of the Lukashenka regime.

The Belarusian establishment declined to ease repression, despite initially discussing amnesty for some political prisoners before National Unity Day in September. In the last quarter, the authorities intensified persecution of opponents in advance of the new electoral cycle.