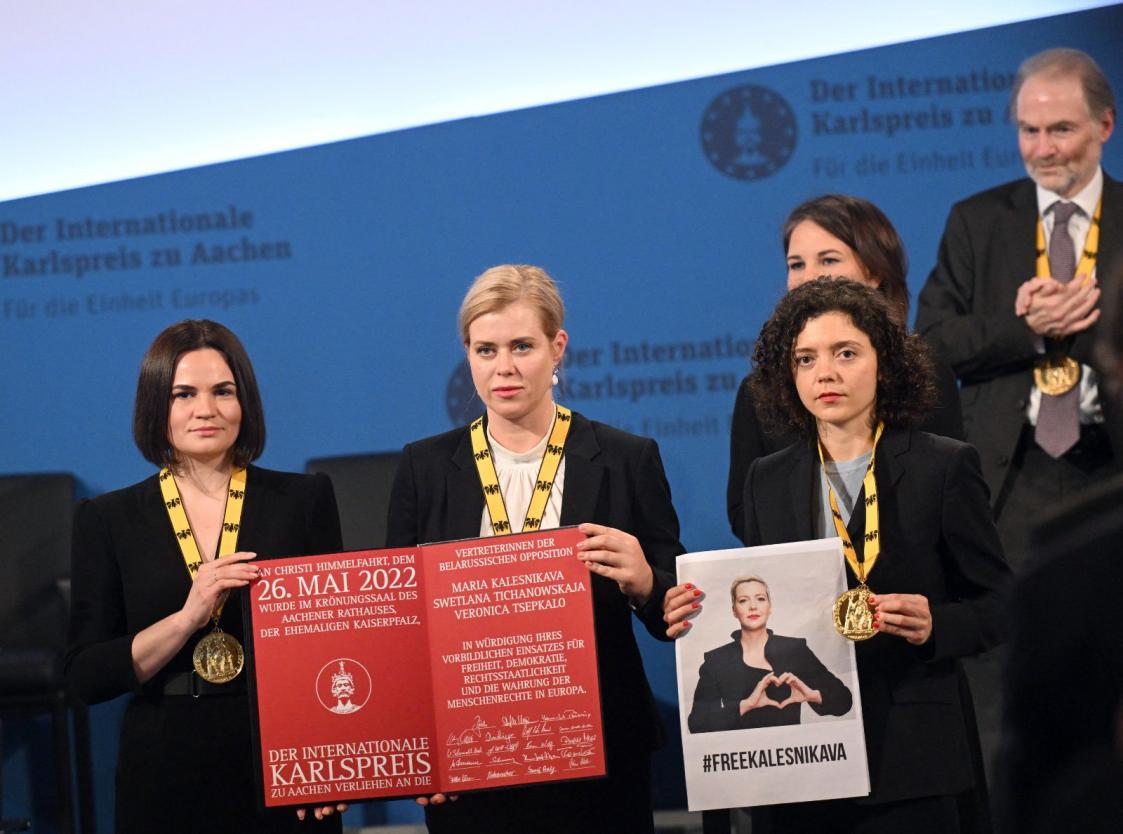 The influence of democratic forces and independent media on public opinion decreases somewhat, while tensions and recriminations within civil society and democrat organisations increase. Democratic forces are trying to maintain European attention regarding the situation in Belarus. Within the country, democratic parties and initiatives are gradually trying to restore communication with residents and local authorities and maintain interest in public activities.

Sviatlana Tsikhanouskaya, Maria Kalesnikava (represented by her sister, Tatsiana Khomich), and Veranika Tsepkala were awarded the Charlemagne Prize “for their contribution to the opposition to dictatorship and the struggle for democracy, human rights, freedom and the rule of law.”

The influence of independent media on public opinion in Belarus remains significant despite regime attempts to block and restrict access. As a result, security forces are increasing pressure on relatives of media activists and opinion leaders to limit emigrant criticism of the regime.

The National Anti-Crisis Management promotes the “human rights sanctions package” in Western capitals. Pavel Latushka held talks with the Deputy Minister of Foreign Affairs of Poland, Szymon Szymkowski, and the ambassadors of Belgium, Germany, Estonia, Spain, and several other countries of the European Union.

Political parties continue to develop online communication with their sympathisers. With the participation of independent experts, leaders of the BSDP (Hramada) promote an anti-war position on the party’s YouTube channel.

“Our Party” conducts practical webinars to train activists and retain sympathisers on the development of the Belarusian language and the return of immigrants.

The “Robin Hood” initiative attempts to resume gatherings of activists on urban issues and holds a meeting in Hrodna. Activists continue petition campaigns in the hope of reducing legislative ideological bias and militarisation of public consciousness. As audiences shrink, critics of the broad coalition of democratic forces led by Tsikhanouskaya, the National Anti-Crisis Management and the Coordination Council will attempt to seize the initiative.