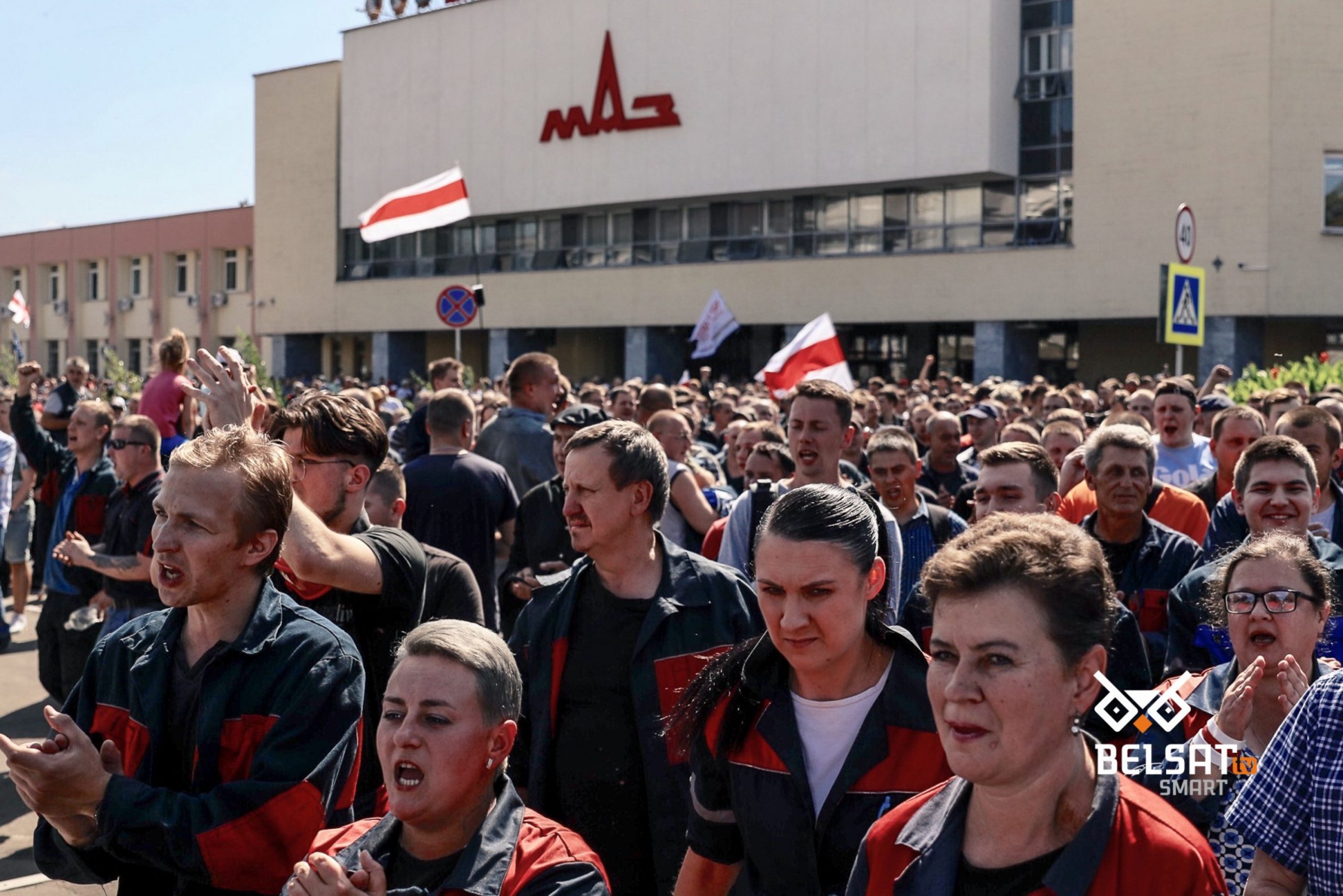 Workers continue attempts to use the existing legal framework to put pressure on the state via strikes and appeals in court. Amid eroded confidence in public institutions due to|and the actions of security officials, civil society, in cooperation with IT companies, aim to create a digital economy infrastructure and a digital state, which would not depend on the incumbent authorities.

Some private enterprises are forced to close due to the epidemic and political turmoil. The fact that private businesses close and public sector workers join strikes irritates the incumbent authorities, since the unemployment is likely to go up and those who lost their jobs are likely to join the protest movement. Lukashenka has responded to these trends in his usual character, calling people parasites and demanding to force them to work.

The Belarusian Sports Solidarity Fund has successfully lobbied for sanctions from the International Olympic Committee against members of the Belarusian NOC, prompting a fretful reaction from Lukashenka.

Foundations BYSOL (Belarus Solidarity), BY_Help, the Golos platform, jointly with some IT companies, are developing a “Digital Solidarity” mutual assistance project. Meanwhile, IT entrepreneurs are reducing their cooperation with the state, relocating workers and assets abroad, and also planning to engage in projects to develop the digital economy and the digital state. They count on people’s trust in their products. In the future, such systems may replace some state institutions, especially those the least trusted amidst a prolonged political crisis and the actions of the security forces. Simultaneously, the National Bank was forced to respond to the decline in confidence in the banking system and statements about the creation of an alternative financial platform outside the state control with unblocking accounts of people who received aid from solidarity funds.

Dispersed protests continued in Minsk and other regions, including in residential areas and districts. The number of arrested people has reduced to circa 300 people per week, which is much less than in the case of centralized protests (usually, over 1,000 people). Last Monday, pensioners rallied for the 10th consecutive time and the security forces detained some protesters and journalists.

Civil society has created alternative institutions to investigate the crimes committed by the Belarusian state, opened “people’s embassies” in other states, ensured the operation of an independent financial system, and arranged retraining for those who have lost jobs. In the future, civil society is likely to offer solutions in other sectors, where Lukashenka’s regime has broken the social contract.