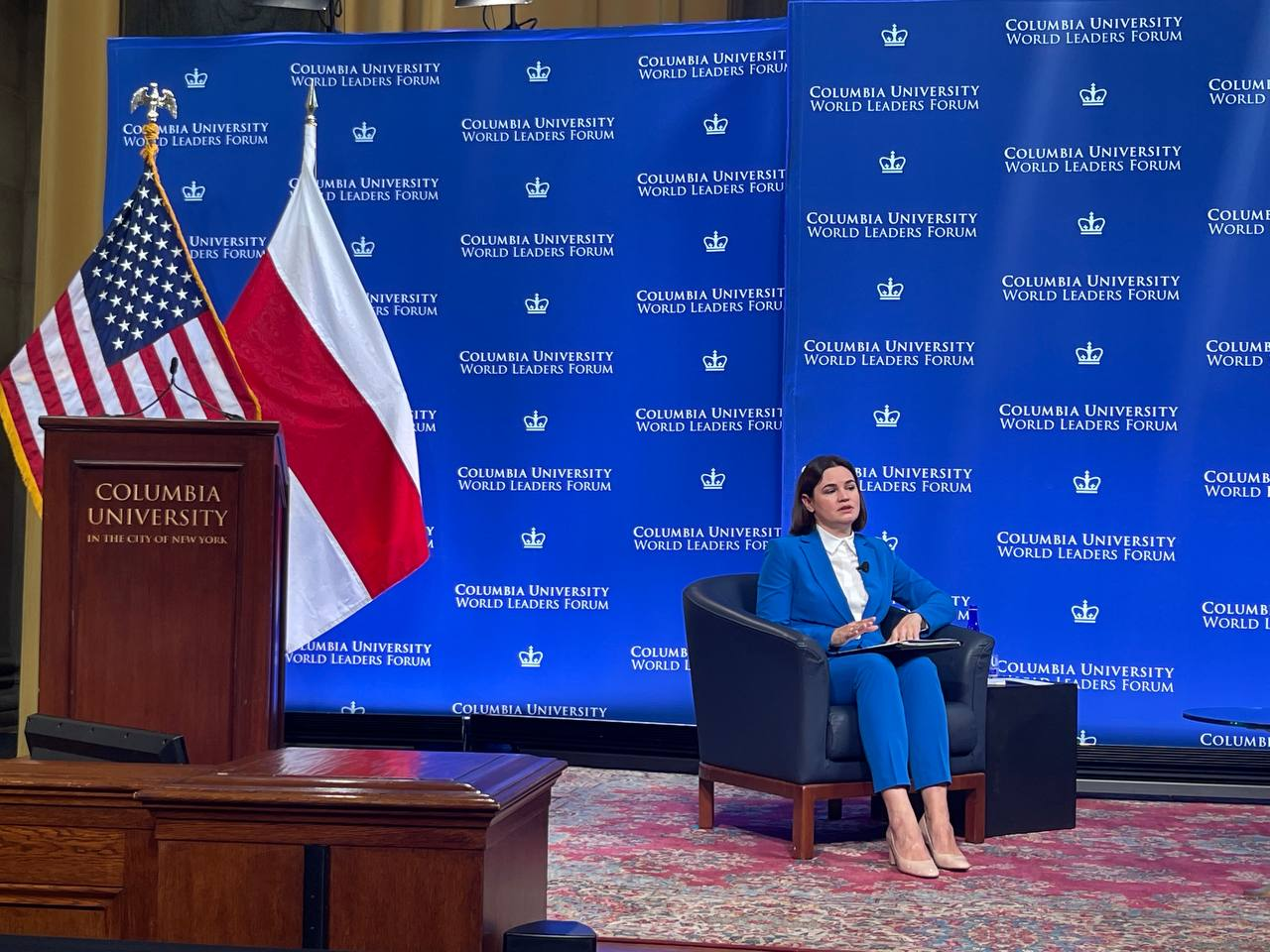 The Joint Transitional Cabinet focuses on determined activists and promotes international isolation and the forceful removal of the Lukashenka regime. The democratic leader of Belarus, Sviatlana Tsikhanouskaya, meets with world leaders at the UN to promote the updated agenda of civil society.

The Joint Transitional Cabinet is advocating isolation and forcible regime change at the international level. The first resolutions outline the priorities of Tsikhanouskaya’s Cabinet:

The democratic forces led by Tsikhanouskaya are distancing themselves from Russia and are in favour of revising relations following the mobilisation announced by the Kremlin. Support for democratic forces may increase due to strong anti-war sentiments in Belarusian society and fears among the population (including regime loyalists) about possible mobilisation in Belarus.

Democratic forces maintain regular contact at the international level and have a decisive influence on the agenda of relations between Western capitals and the Lukashenka regime. Democratic leader of Belarus S. Tsikhanouskaya met with the presidents of Lithuania and Poland, senior US officials, the heads of EU structures and the foreign ministers of Estonia, Finland, Sweden, Norway, Lithuania, Austria, Latvia, Spain, Portugal, and Poland.

The “ByPOL” organisation of Belarusian ex-security officials has created a network of Banners in Poland, Lithuania, and other countries with large Belarusian diasporas. Support for forceful regime change continues to grow.

Lukashenka has been forced to begin releasing political prisoners in an attempt to placate supporters of change.

The demand for relocation support services from Belarusians and Russians has increased significantly after the mobilisation announced by the Kremlin.

Critics of a broad coalition led by Tsikhanouskaya, such as V. Tsepkalo, are preparing the third Forum of Democratic Forces. They plan to strengthen their position in the democratic movement by involving supporters of change in voting for the elections of the alternative “National Council of the Republic of Belarus”.

Overall, the tough position of the Tsikhanouskaya Cabinet against the Lukashenka regime and their influence on the democratic forces’ agenda will remain dominant in the near future.