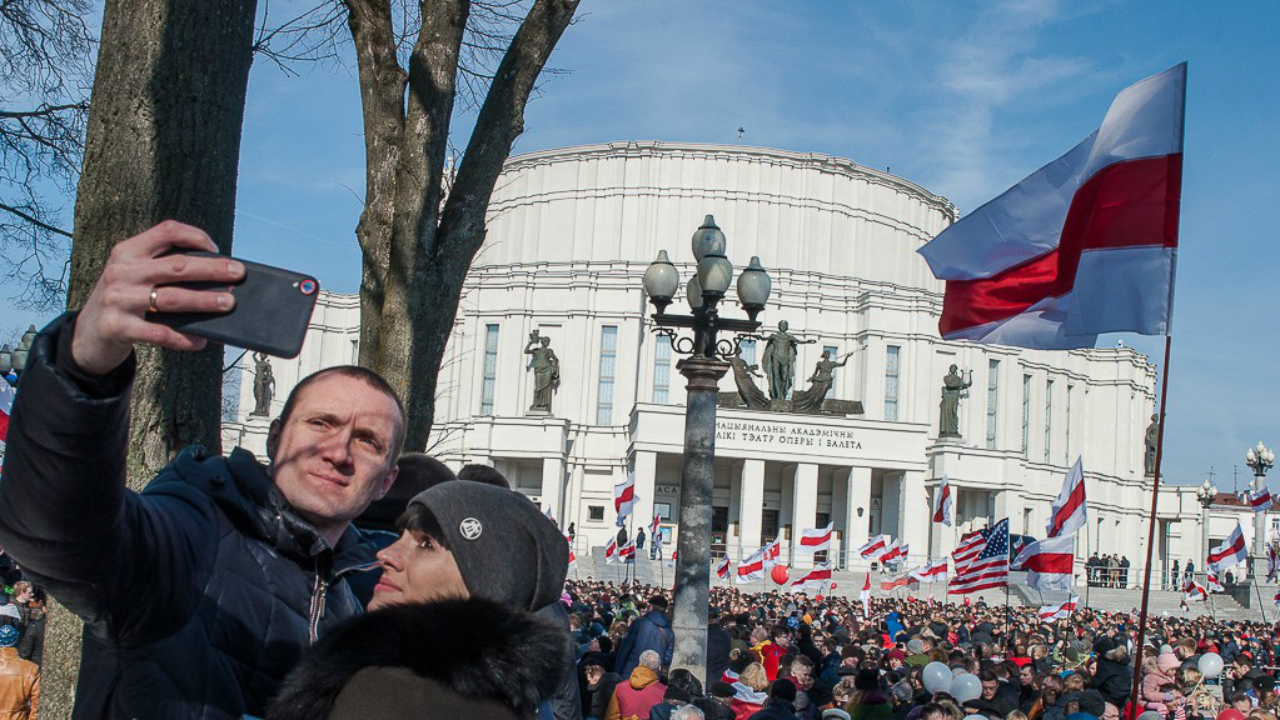 Key trends on civic space from 2018 included the following: most opposition political parties and organisations started early preparations for the parliamentary and the presidential campaign of 2019/2020 with the focus on their audiences; most parties elected new leaders and avoided major splits; some local protests continued throughout the year and used various means to put pressure on the authorities; some important community and social projects successfully raised funds through crowdfunding. However, political opposition did not win seats in local councils in local elections held in early 2018, and some occasional tension marked relations within the political opposition, primarily when they attempted to create broad coalitions.

The opposition remained divided into three major forces, differing by strategic approaches to political transformations. The Belarusian National Committee, headed by former presidential candidate and political prisoner Statkevich, promoted politicized street protest actions in Minsk. Tell The Truth advocated for gradual changes in the course of a dialogue with local and central authorities, and the centre-rightists used both approaches depending on the situation. National Democrats from the Belarusian Popular Front focused on nation-building and cultural development and, to this end, they to a greater extent solidified with the authorities in upholding the country’s independence. That said, social-democrats and leftists remained fragmented and had not implemented significant initiatives throughout the year.

Not a single opposition candidate made it to local councils (except few seats in remote village councils). Political parties lacked human and financial resources to overcome the apathy in society and were unable to counteract the authorities’ efforts in depoliticizing voters. As compared with the local elections in 2014, the opposition nominated fewer candidates – some 400 people for more than 18,000 seats. In addition, parties failed to raise funds to support their nominees, which led to the lack of information about the candidates.

The low motivation of opposition activists to participate in the elections and the lack of interest in the West to the local election campaign had largely pre-determined its results. However, the opposition succeeded in organizing a convincing observation and revealed many violations during the campaign, which, however, had little impact on society and did not prompt open discontent with the election results.

In early 2018, some opposition organisations supported civic efforts to hold a massive celebration of the Belarusian People’s Republic Centenary (Freedom Day). The opposition’s attempt to create a broad coalition to organize Freedom Day celebrations predictably raised tension and prompted mutual accusations within the opposition, in particular, between the majority in the organizing committee and the non-compromising Belarusian National Committee, led by Statkevich.

Civic activists organized an impressive concert on Freedom Day, which gathered some 30,000 to 50,000 participants, and made some title opposition leaders somewhat envious. The revitalization of the Belarusian Popular Front’s youth organization also evidenced, that, in all likelihood, supporters of National Democrats among young people increased in number.

Despite numerous attempts, the BNC failed to put political street protests in Minsk back on the agenda. Most activists focused on the protest against the entertainment centre near Kurapaty, a mass murder site, which was coordinated by the BCD chairman, Severinets. Amid the absence of positive trends on the protest agenda, the BNC made some programme statements about a positive alternative for Belarus’ future.

Right-centrists retained high-level contacts with their partners in European capitals and brought human rights violations in Belarus to the attention of European politicians. Tell The Truth sought to influence the Belarusian-American agenda and form an alternative agenda in the Russo-Belarusian relations, including working with a pro-Russian electorate.

In some cases, political parties successfully politicized some social demands, for instance, those put forward by the Mothers 328 movement (by the BCD, Tell The Truth) and environmental protesters in Brest (by the BNC).

Tell The Truth and the BCD, in cooperation with MP Kanopatskaya attempted to promote a reform agenda in a dialogue with the authorities. The BCD focused on working with new audiences, which led to success – dormitory fees in Mogilev were lowered.

Tell The Truth enhanced its regional presence, held six successful regional forums, strengthened institutional capacity by registering regional and district bodies, and further built trusting relationships with local and central authorities. Tell The Truth leaders were invited to participate in a talk show on state-owned TV, which facilitated the organization’s access to its audiences.

The Belarusian Social-Democratic Party Hramada, the United Civic Party and the Belarusian Social Democratic Hramada and For Freedom movement changed their leaders, which did not lead to further splits. This fact marked the stability in the opposition’s institutional development. Furthermore, in late 2018, the BSDP Hramada and the Green Party outlined a possibility for cooperation by forming a joint social platform.

In addition, political parties mobilized their activists to counteract pressure on independent journalists in the so-called BelTA case and trade unions in the ‘Trade Union case’, which somewhat drove them away from their audiences for some time.

Civil society successfully raised funds through crowdfunding platforms for high-profile projects, primarily of a national-cultural and charitable nature. For example, bloggers and civic activists in Minsk raised sufficient funds to organize a concert to celebrate Freedom Day, to publish the Voice of Utopia, a pentabook by the Nobel laureate Svetlana Alekseevich, in the Belarusian language (raised funds exceeded the target by five times, totalling some USD 100,000). Yet another successful crowdfunding was carried out by Names, a non-commercial platform, which raised some BYN 1,000,000 on charity projects. The opposition also attempted to raise funds through crowdfunding for its initiatives but was less successful.

Civic activists and human rights defenders achieved the decriminalization of activities on behalf of an unregistered organization (Art. 193.1 of the Criminal Code was abolished, leaving only administrative charges).

The expert community (Minsk Dialogue) held the first conference in the history of Belarus with the president’s participation. This fact reflected the growing influence of independent research and analytics on the state’s policies, primarily in foreign policy, to a lesser extent in the economy, and partly in public administration, social and cultural policies.

Local environmental protest movements in Brest and Svetlogorsk and in Minsk on urban planning and in Kurapaty in defence of the historical memory demonstrated high resilience, support from the population and activists’ readiness for a long-term confrontation with the authorities. Civil society activists and local communities mobilized a significant number of citizens to defend their interests vis-à-vis large commercial lobbyists, and to keep protests ongoing. However, civic activists and political parties failed to mobilize Belarusian society against the construction of the nuclear power plant in Ostrovets. For example, there were only some 400 participants in the traditional Chernobyl Path in April.

– tension and conflicts among political organisations, especially among coalitions, aiming to nominate their presidential candidates, are likely to build up

– absenteeism and support for the boycott is likely to strengthen, especially among activists supporting candidates who drop out of the presidential race

– civil society is likely to further successfully raise funds for charity projects and cultural initiatives, including for commemorating the 101st anniversary of the Belarusian People’s Republic, through crowdfunding

– most opposition parties are likely to participate in the parliamentary and presidential campaigns of 2019/2020, however, the opposition is unlikely to nominate more candidates for parliament than in 2016