The profile of the moratorium on the death penalty has been raised in society; political parties aim to mobilise activists long before the elections 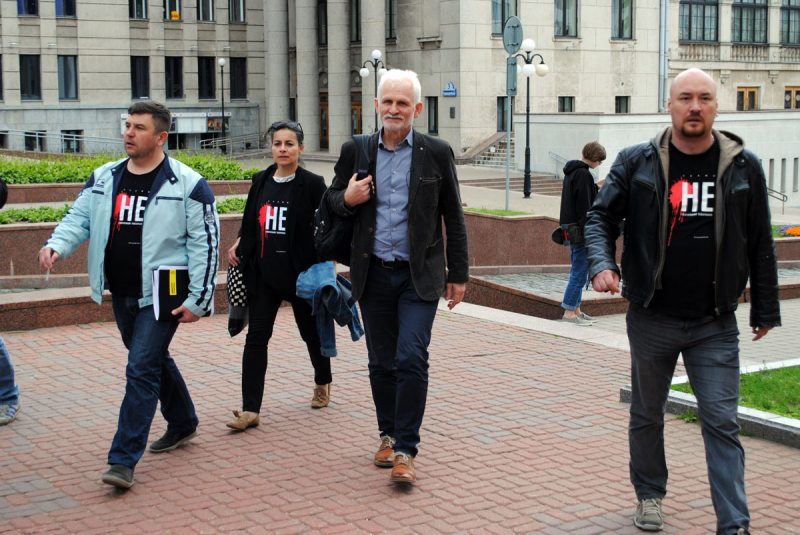 Civil society has had some success in the dialogue among the local communities, the authorities and investors, which largely depended on the attitudes of the local authorities. Political parties started mobilising activists for the participation in the parliamentary and presidential elections in 2019/2020, including for working with voters in electoral districts. Human rights defenders, political parties and the Orthodox Church and the Catholic Church seem to be on their way to a consensus regarding a moratorium on the death penalty.

Apparently, public pressure, media response and support for civil society among businesses and some members of the ruling elite regarding the restaurant near the Kurapaty memorial, have had some impact on law enforcers, who have relaxed the pressure. For instance, a prosecutor’s office recalled the appeal against the court decision in the case of businessman Izrailevich against Novy Chas, a non-state newspaper, and journalist Ivashin. Nevertheless, a leader of protests against the restaurant near Kurapaty, Paval Sevyarynets, received a heavy fine for a confrontation with the traffic police in Kurapaty. That said, law enforcers have not applied a more severe punishment, e.g. administrative arrest.

Local communities continued to defend their interests before investors in some cities, albeit the authorities used different approaches to suspend protests in Minsk, Brest and Svetlogorsk. In some cases, the authorities yielded to public pressure and organized a dialogue. For instance, a round table discussion was held with the participation of representatives from the Environment Ministry, Amkodor, the Minsk District Executive Committee and the local initiative group, who opposed to the construction of a special vehicles plant in Kolodishchi. In Svetlogorsk, civil society forced the authorities and investors to become more open and won small concessions – a public tour around the new bleached pulp plant. In Brest, however, civil society’s efforts were not so successful, although protests have been ongoing for several months despite targeted repressions against most active participants in protests against the construction of a battery plant.

Opposition organizations with developed regional structures (Tell The Truth, centre-rightists, social democrats) are mobilising their activists well in advance to prepare for the parliamentary elections. Boycott rhetoric is yet unpopular; however, this may change amid the absence of positive changes in the election rules before the parliamentary and presidential elections in 2019/202.