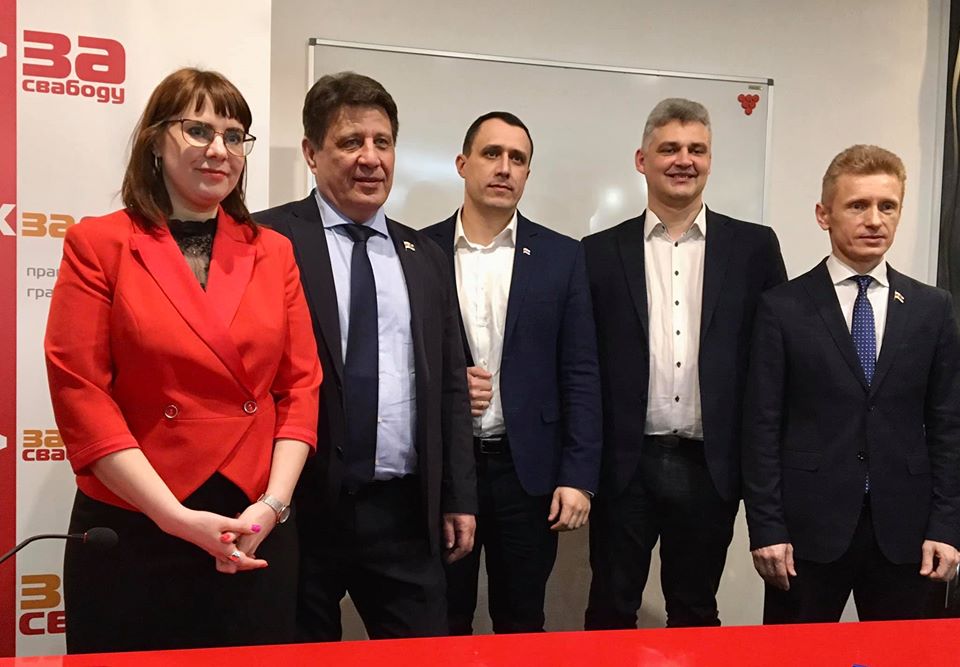 The organizers of the primaries have engaged in the voting pro-democratic activists in the Vitebsk region – some 100-150 people in regional centers and a dozen of activists from small towns. As compared with previous years, crowdfunding efforts to hold Freedom Day celebrations were significantly less successful.

Coalition organizers of the primaries, aka the “People’s Vote“, visited the Vitebsk region last weekend. In Vitebsk, the meeting was popular among local activists, 101 of them participated in the voting. In small towns, some 10-20 political activists voted.

So far, the authorities did not interfere with the organizers of the primaries, who aim to hold voting events in some 50 cities. BCD co-chair Sevyarynets is currently the most popular candidate (supported by 2/3 of voters), followed by Hubarevich from For Freedom and Kazlou from the UCP sharing the remaining votes. Yanukevich from the Belarusian Popular Front and Kavalkova are significantly less popular than other bidders.

Meanwhile, a conflict has developed between the primaries’ organizers and former MP Kanapatskaya, who was barred from participating in the primaries due to tension between her and the UCP leadership and some formalities.

Some potential presidential candidates are demonstrating discipline and a high degree of readiness, having drafted an elaborate strategy and put up a website, such as, for example, the BSDH leader Cherechen.

“Tell The Truth” continued attempts to engage in a dialogue with the authorities. Last week, Dzmitryeu visited the Health Ministry to speak about what Tell The Truth had achieved to improve healthcare.

Crowdfunding efforts to organize Freedom Day celebrations were significantly less successful than in previous years, presumably due to the preparations for the presidential campaign and heavy fines imposed on participants in December rallies against deeper integration (crowdfunding was also used to raise funds to pay out the fines). Freedom Day celebrations’ organizers are unlikely to raise even half of the needed funds through crowdfunding.

Judging by the existing trend, should it not improve, the organizers of the primaries are unlikely to mobilize more than 2,000-2,500 activists to participate in the popular vote.