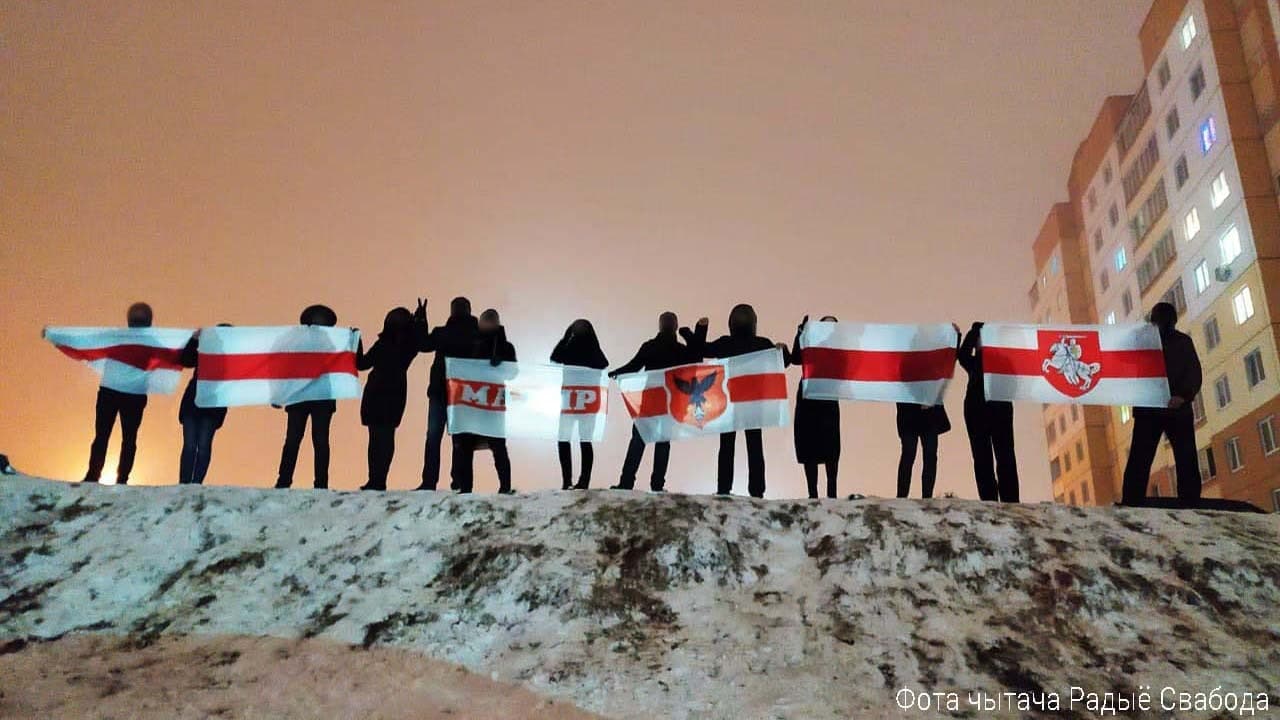 Civil society is making efforts to keep the attention of international community on the situation in Belarus and stop harsh repressions. Belarusian human rights activists appealed to the UN Special Rapporteurs in relation to the audio recording with the voice of Deputy Interior Minister Karpenkau. They also recognized five persons involved in the Press Club case as political prisoners and nine other people charged with criminal cases in connection with post-election protests.

Civil society is making efforts to keep the international community’s attention on the Belarus situation and deter harsh repressions. Belarusian human rights activists appealed to the UN Special Rapporteurs concerning the audio recording with the voice of Deputy Interior Minister Karpenkau. They also recognized the five persons involved in the Press Club case as political prisoners, along with nine other people facing criminal charges connected with post-election protests.

The leader of democratic Belarus Sviatlana Tsikhanouskaya has sent By_Pol’s audio recording to the US Congress, the OSCE, the Council of Europe and other international partners, while Pavel Latushka’s NAM sent it to the UN Security Council and the European Council.

Fund-raising initiatives supporting victims of repression and civil society organizations are adjusting their activities, continuing to pay fines for activists, and supporting the repressed despite criminal prosecutions and arrests. BYSOL has created a team to support political prisoners and has already raised USD 20k to help their families. A negative attitude towards these funds is fueled by state propaganda, which has intensified attempts to discredit activists in recent weeks. To counteract this, the fundraisers attract opinion leaders, such as Maxim Katz, the popular blogger.

Decentralized and autonomous protest activity continues even though many of the activists were forced to flee the country. Courtyard marches with hundreds of protesters, dozens of demonstrators displaying protest symbols while picketing alongside roads and other creative actions are held daily with extra activity at weekends.

Civil society continues to innovate in support of the protest movement and keep supporters focused on their agenda. One of these is the “Every Day” online chronicle of post-election protests.

Except for former presidential candidate Hanna Kanapatskaya, political organizations negatively assess the likelihood of their participation in the All-Belarusian People’s Assembly (ABPA).

As an alternative to the ABPA, the Coordination Council (CC) is trying to mobilize activists to nominate candidates for voting on the GATHERING platform. However, the crackdown and the criminal cases against the CC creates fears among many supporters that they will suffer a similar fate.

In summary, exile centres will continue to promote sanctions against Belarus’s top leadership, the most active regime and security force representatives.