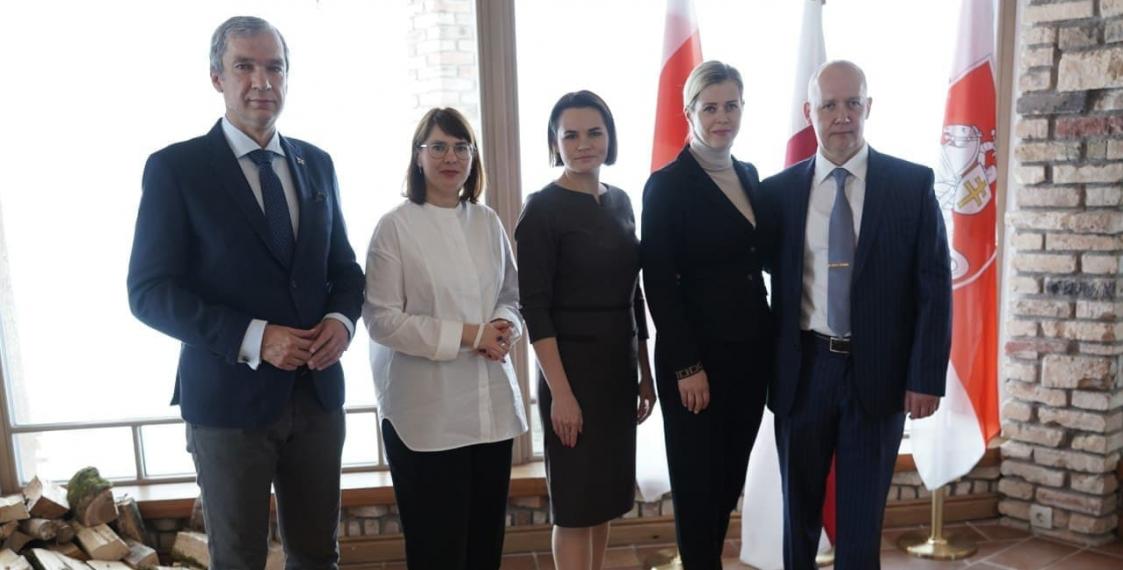 The head of the National Anti-Crisis Management Pavel Latushka has initiated the creation of his own party but plans to defer official registration until after the existing regime leaves power.

Similarly, Viktar Babaryka’s staff are actively involved in party-formation, attracting over 5 thousand supporters via an online questionnaire. A registration application for the “Vmeste” [“Together”] party is expected in May this year. Activists from the organising committee have begun regional outreach work, but the meeting in Maladzechna was disrupted by the security forces.

Sviatlana Tsikhanouskaya has consolidated her non-partisan status as the legitimate leader of democratic Belarus and declares that she has no plans to create a political party. In consultation with the Coordination Council, she is preparing the criteria and a list of possible candidates to act as negotiators with Belarusian leadership regarding the transfer of power.

Political exiles continue to promote the unified agenda of democratic organisations in the public sector in an attempt to undermine Lukashenka’s support among officials. In cooperation with the “Honest People” community organisation, the National Anti-Crisis Management instigated a letter subsequently signed by 1674 officials condemning violence, political prisoners and calling for Lukashenka’s resignation.

Pro-Russian activists are trying to take advantage of Lukashenka’s weak position with both Belarusian society and the Kremlin and have filed registration documents for the political party ‘Soyuz’ [“Union”] with the Justice Ministry.

The BPF, BSDP, and the Greens continue to try to restore relations with the authorities to the pre-election status quo. An application has been submitted to the Minsk City Executive Committee to hold the traditional “Chernobyl Path” rally.

Independent trade unions continue to engage with the international trade union movement regarding the Belarusian situation and were recently awarded the Arthur Swenson Prize.

Decentralised protest actions persist throughout the country and intensify on certain days. Despite harsh repression, local and women’s marches continue, in addition to other protest actions in the regions.