Civil society is preparing for major Freedom Day celebrations, some parties are attempting to prompt changes in the judiciary and the mass events legislation 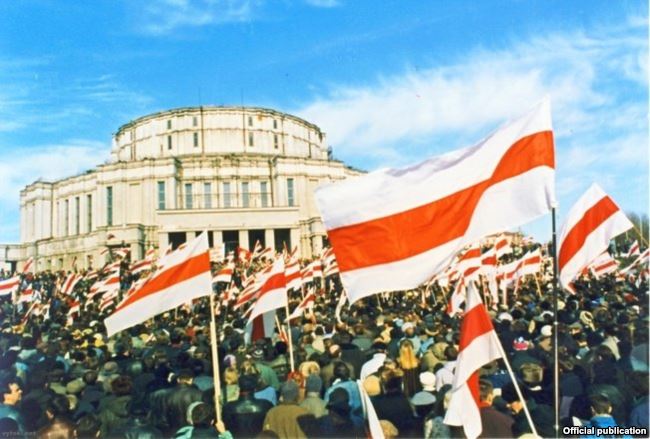 Civil society and political parties are preparing to commemorate the 100th Anniversary of the Belarusian People’s Republic in the capital and in the regions, which would certainly ‘steal’ some regional activists from participating in the Belarusian National Committee’s protest action. In an attempt to win more voters from wider social groups for the presidential elections, some opposition parties have started the post-election activity. Some opposition initiatives managed to advance their issues with the authorities and prompt them to a dialogue.

Despite extensive preparations for Freedom Day commemorations, there is a growing escalation in civil society among the capital, the regions and the diaspora. Arguments have thrived after some musicians popular among the opposition, refused to perform in a major concert on March 25th in the capital. These arguments are likely to further divide the national democrats into those focusing on the Belarusisation of the capital and those who seek to extend their activity to the regions. Meanwhile, the dispute between Statkevich-led Belarusian National Committee and the organisers of the concert in Minsk has somewhat faded. The fact, that most commemorations in major Belarusian cities have been authorised by the authorities, is likely to reduce the number of participants in protests organised by the BNC, which are more popular in the regions than in the capital.

Some opposition groups have attempted to link the political agenda and legislative changes with the interests of some social groups to win new voters. For instance, “Tell the Truth” in partnership with human rights activists are attempting to prompt amendments to the law on mass events through public pressure and a dialogue with the authorities. They have participated in a meeting of the working group on finalizing the draft law on mass events, which also included Foreign Ministry and Interior Ministry representatives in addition to the Council of the Republic members and MP Valery Savko.

Deputy Kanopatskaya with the support of the Belarusian Christian Democracy, started a series of field trips to the regions to engage a new audience – small, but very active – relatives of citizens convicted for ‘drug crimes’. The authorities have been prompted to respond to the formation of an alliance between the opposition and the relatives of convicts in order to reduce the politicisation of the latter and prevent them from joining the opposition parties. Previously, the president and, later, the power block, attempted to ease tension in relations with this social group and promised to revise approaches to the fight against drugs and to consider decriminalisation of ‘light’ drug crimes.

Following Freedom Day commemorations, national democrats are likely to engage in new discussions about the revision of their position vis-à-vis the Belarusian leadership and new ways to democratise the political system.